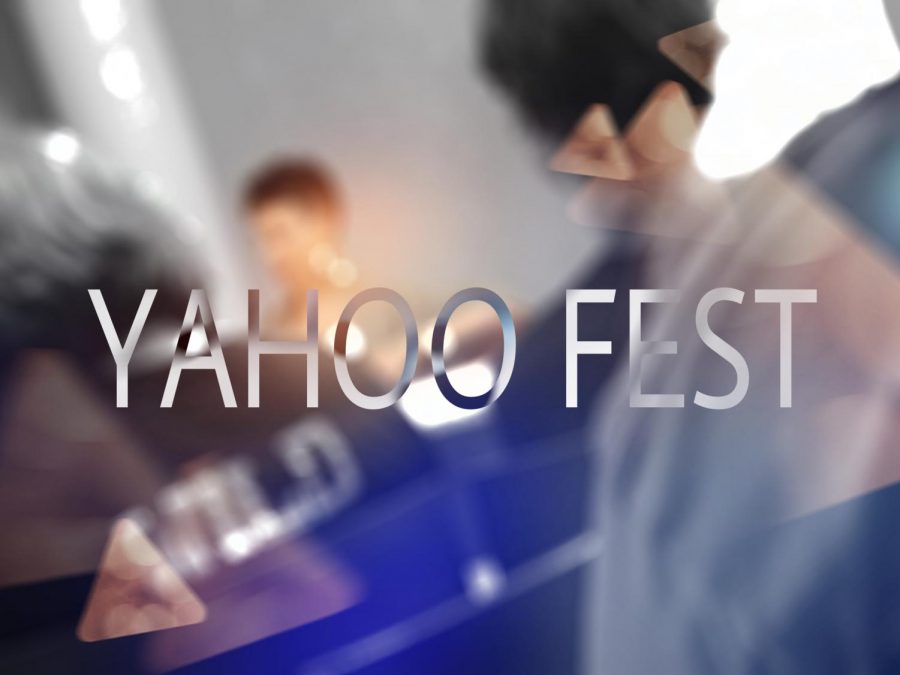 On September 29th this year (just this last weekend), the Heritage High School Book Club attended the Chattanooga Yahoo Fest, which was held at the Chattanooga State Community College campus. It was an event celebrating Young Adult literature and offering tips, resources, and opportunities to converse with and view discourse between many acclaimed authors.

Around ten of us in the club drove to the event with an admission fee of ten dollars and stayed for most of the time. The festivities commenced at 9:30 a.m. and ended at 5:00 p.m, with many events in between. The festival had six panel sessions, each session consisting of several individual panels from which you could choose. The first session had around six panels.

With a group of club members, I attended a panel on writing about race and privilege which consisted of four authors: Nic Stone (author of “Dear Martin”), Tiffany Jackson (author of “Allegedly”), Brendan Kiely, and Jay Coles. According to Stone, “The dissenter of racism in the book is a white girl – that’s on purpose. She’s white so that when white people read it, they can identify with her, and they will listen to her… That was on purpose, because I knew that the people I wanted to listen to her would listen to her because she looks like them.”

The conversation went fast, and the Q and A section went faster. We skipped a session; the next panel we went to was a Sci-Fi Worldbuilding Panel involving authors Scott Reintgen (“Nyxia” Trilogy), Olivia Cole (“A Conspiracy of Stars,” “Panther in the Hive,” and sequel “The Rooster’s Garden”), and Emily Henry (“The Love that Split the World,” “A Million Junes,” “When the Sky Fell of Splendor,” and “Hello Girls”). Each person was experienced and enlightening; the panel was highly enjoyable and informational. “I think that’s part of the appeal of sci-fi; it’s that we sort of invite ourselves into our future,” mused Reingten. “It allows us the space to explore and figure out: how do we feel about our current time, how do we feel about what’s coming?”

After this session, there was a break for lunch, author signings, book sales, and entertainment. In the cafeteria, there were tables of books written by over thirty authors who attended the festival as well as food. Outside on an outdoors stage, we had folk band Drakeford who played several songs for us during that time. The food was well-priced: I bought a four-piece pizza for about three dollars when I was expecting to pay around eight.

In the fourth session, panels continued. My group and I made our way to the Fantasy Worldbuilding Panel with Geanna Culbertson (“Crisanta Knight” series), C.J. Redwine (“Ravenspire” series), and Eric Smith, who wrote the “Inked” duology, “The Geek’s Guide to Dating,” and more. Culbertson disclosed, “The thing about art is that everyone is going to take it in a different way. Not everyone is going to like my book, and I love that.” Culbertson, as Smith commented several times, was very eloquent and informative, and Redwine brought a bright sense of humor to the room. After this session, the Book Club returned to the school. It was rewarding for many of us, and I was glad I went.

Later, I interviewed the President of Book Club Kayla Jo Moore about her experience. The first question I asked was what her favorite part of the festival was. She replied, “The author talks, of course! Getting to see so many successful people sharing their wisdom about the different messages their books send out was an unforgettable experience.”

“What do you think could have been added or changed to make it better?” I asked her next.

“More food options for sure,” she responded. “Not that the ones that were available were bad, but I would have liked to have a wider variety.”

“What,” I queried her then, “was the biggest or most impactful thing you took from the experience?”

She answered me without hesitation, “The first draft is never the final draft.”

“Nic Stone, Olivia Cole, and CJ Redwine are for sure my favorite authors… I would have loved to have seen V. E. Schwann there! She is the author of the ‘Darker Shade of Magic’ series.”

I thanked the Book Club President and finished the conversation.

Overall, the 2018 annual Yahoo Fest was a success. It was small and missing some things, but there were definitely many gems of experience that the Book Club and I will not regret obtaining there. I’d recommend going next year; the festival is a new event, but I predict that it will just keep growing.