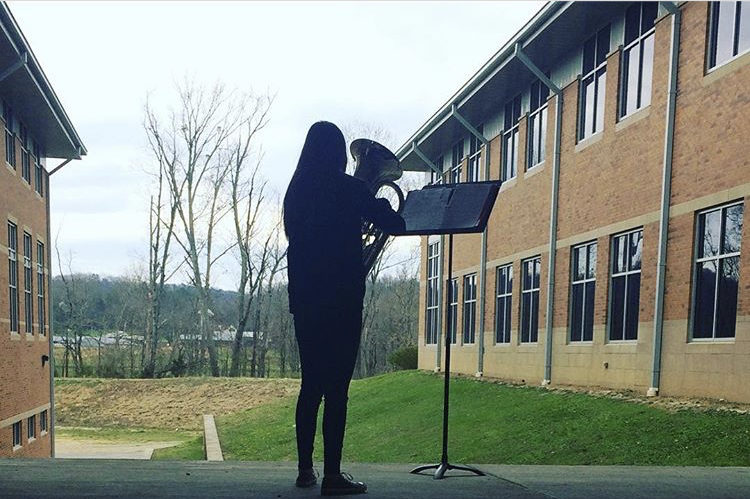 The Georgia Music Education Association holds District Honor Band auditions every year at the beginning of December. Middle school auditions are the first weekend, and high school auditions are the second weekend. The cost to audition is only five dollars. What District is all about is knowing where you stand in your music abilities. For the audition, you have to have three skills. Everyone has to know how to play scales, an etude, and sight read some music. Depending on your grade level, you have to learn more scales, harder etudes, and recognize sight reading material. Middle schoolers only have to learn four scales. Ninth and tenth graders have to know eight scales, and eleventh and twelfth graders have to have twelve scales learned. As for the prepared etude, it’s only about thirty measures, if that, and middle schoolers usually have pretty simple rhythms; it gets harder the older you get. Sight reading is probably the hardest to prepare for because you don’t know what you are going to play, but the proper way to prep yourself is to just play things you’ve never seen. You’re given thirty seconds to look at around twenty measures of music before you have to play. You can finger along with your instrument, but you can’t make sounds that mimic the piece. Scales are usually in one room and you have to go to another to play your etude and sight reading, but some instruments have it all in one room. At District, you can see your judges. You are supposed to be polite but avoid conversation. It intimidates a lot of people, but District is an amazing way to build on your music capabilities.