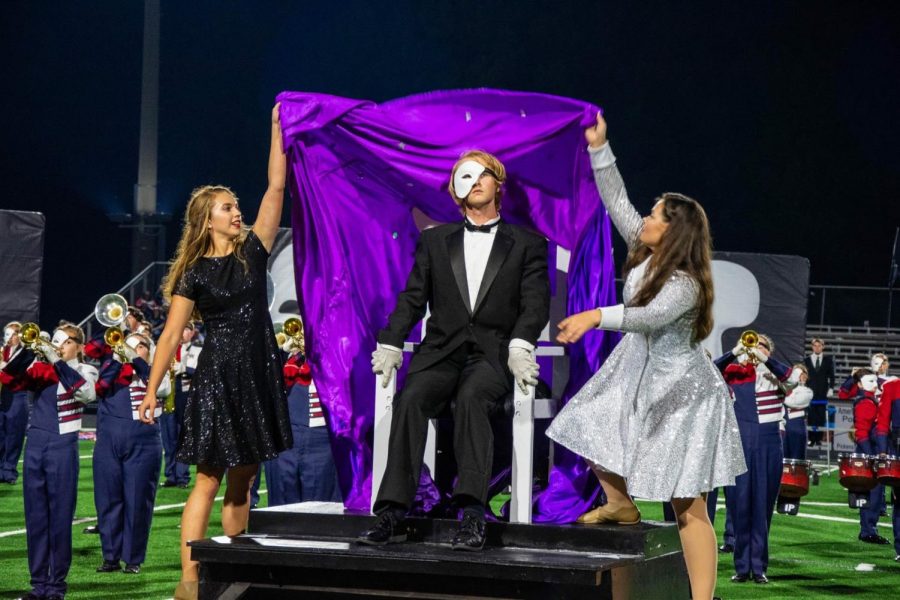 Ryan Hayes is one our seniors here at Heritage. Ryan is a very special student because he is involved in so much in school and out. He’s involved in seven clubs at school, including Band, Mock Trial, Science Club, Beta Club, National Honor Society, History Bowl, and ACT Club. Outside of school, he’s involved in the Chattanooga Symphony Youth Orchestra and was accepted to play in NAfME National Honor Band.

Ryan said, “On a normal morning, I lie in my bed for 30-45 minutes while my alarm screams at me until I heave my pendulous limbs out of bed and walk my three dogs, get ready quickly, get my smoothie, and drive to school in complete disregard of all speed limits.” Sounds like a pretty great morning to me. When Ryan somehow manages to get to school, he goes to his classes: German 3, Honors British Lit, AP Environmental Science, and Band. He said his favorite class is, “Of course band, but my favorite class is currently AP Environmental Science because the material is challenging and interesting, and I am interested in the environment. Also I love Mrs. Hayen!” When he gets home for the night, he works on the tons of APES work he has, practices flute or bassoon for at least an hour, and watches some youtube. I asked Ryan what he likes to do in his free time, but he just asked me what free time was. I guess with all of that work he never has any time. Ryan’s plans for college include going to Jacksonville State University for a career in music, along with me.

Ryan plays many instruments, including bassoon, flute, euphonium/baritone, trumpet, and a little bit of trombone. Ryan says, “It’s hard to decide a favorite; I love all of my instruments. The most entertaining instrument I play is flute, it is just not very physically demanding and I can easily play it as a hobby instrument and I’ve gotten pretty good at it that way. It is easy to pick up and practice it, I don’t have to find a good place to put it and it isn’t so loud as to bother my neighbors. The most rewarding for the amount I practice it would be bassoon. I can always get better at it, and it’s so difficult that whenever I practice something I have to practice it a lot. I can notice instantaneous improvement with bassoon and I feel rewarded when I play it. With baritone, I feel the most powerful and I love marching band. Baritone is the most physically demanding instrument, and every time I have a lengthy practice with it or a marching rehearsal, I feel like I’ve had a workout, which is pretty true.” Ryan Hayes has a fantastic future ahead of him. With continuing his hard work, he will excel in all areas of life.