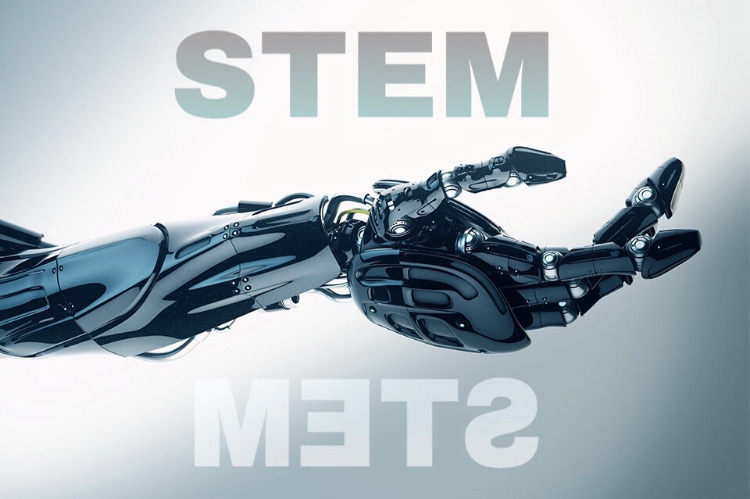 I first heard about the STEM career program from my grandfather, who offered me a pamphlet explaining the concept after I’d expressed interest in technological careers. After skimming the text, I realized the wide range of opportunities and benefits STEM presented. I had always thought such careers were too tedious, too complex for me, but soon after, I began to rethink my position.

STEM is an acronym standing for careers in Science, Technology, Engineering, and Mathematics. Despite the four simple words that make up the term, the program provides a massive variety of possible occupations to pursue. Demand for these types of careers are rising steadily, and as long as society advances, is likely to continue to. There are many reasons to consider training to pursue a profession within these guidelines.

First of all, skills in science, tech, engineering, and math are intrinsically valuable and will make you indispensable as an employee, formidable as a competitor, and an efficacious business owner. These skills will never become obsolete – people with STEM abilities are the building blocks of modern civilization. Benjamin Franklin, Sir Isaac Newton, Leonardo Da Vinci, and many, many more all helped shape our practical world. Since the Dark Ages, the Enlightenment, and the Industrial Revolution, the demand for STEM has only proliferated and will not go out of style any time soon.

On a similar note, skills such as these are soon to be more essential than they have been for a long time, possibly ever, as artificial intelligence (AI) is being implemented into the workplace. Manual labor is becoming less of a job for humans and more of one for robots and machinery; you don’t have to pay a human robot.

Robots and machinery are taking jobs, and they are not going to stop – the business world is not altruistic, and never will be – and if they were, we would not have progressed so far. Simple manual labor jobs are going to be far and few between – nearly nonexistent soon. The need for education is ever increasing, and those who have invested in no other specialization will be in trouble.

AI is the perfect solution for business owners; they don’t have to be paid, don’t take off-days, and are much more efficient with time and resources. Owners do, however, have to purchase this ever-updating machinery.

The ones who will be at the top of the chain and at the ultimate monetary receiving end are, in fact, those who research and build robots like these – those with STEM careers.

Another reason to pursue one of these many STEM careers, if you’re not already considering, is that there is less competition right now. Every year, 3.2 million STEM jobs go unoccupied; this is because of the lack of people qualified to fill them, which is at least partially caused by recent career trends. For the past several years, the “follow your dreams no matter what they are” and “well-paying, practical jobs are not always best” messages have been fed to younger people, leading to a rise in liberal arts degrees, which tend to earn and put out less. Though this can be true — less traditionally productive careers do enrich our culture — this lets those of us pursuing STEM have the upper hand. There are still plenty of opportunities and potential just waiting for those willing to find it. With your lofty STEM qualifications, obtaining the most normal-level jobs will be a breeze for you.

It is possible that there are many more occupations under the STEM program than you think; hundreds of jobs fall under this label: the whole spectrum of scientists and researchers, including but not limited to anthropologists, archeologists, astronomers, biochemists, roboticists, marine biologists, political scientists and sociologists. Aerospace, chemical, automotive, architectural, micro and nanosystems, geological, and industrial engineers are encompassed in STEM too, as well as many, many more fields that are hands-on and behind the scenes.

If the promise of higher pay, more opportunities, a variety of interesting options, and steadily rising demand do not convince you, take a more humanitarian look at it. As previously mentioned, STEM practically makes up our modern world. The military-grade tech that protects many countries, artificial intelligence, cures to formerly terminal illnesses, the coffeemaker in your kitchen, and even things as basic as running water — all a result of the people who have pursued STEM, as well as many future appliances that are now only a thought. STEM has helped many people and will continue to help more as it grows and expands. Everyone could benefit. Prosthetics for army veterans, blood tests for cancer, life-like training simulations for soldiers that conserve ammunition and fuel, and equations to answer universal questions could all come about. Resource and energy substitutes, solutions to major world problems have and can still come of STEM; genetic engineering, space exploration, robots, and beyond all fall under the revolutionary four-letter acronym.

One cannot fit all of the benefits of pursuing a STEM career into a pamphlet.  With a little research, however, one can get a taste of the effects these innovative careers have on humanity and the potential benefits it offers to the individual.