THIS TIME (MACHINE) AROUND 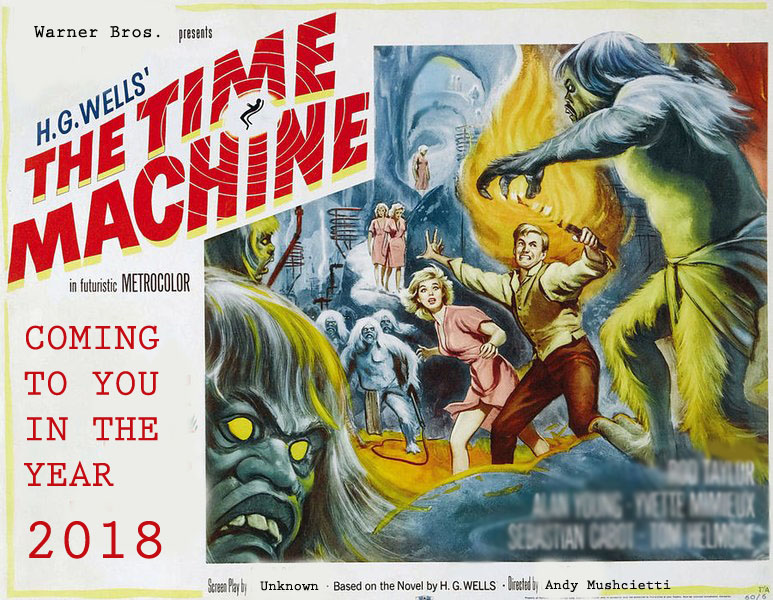 Filmmakers have tried and failed to adapt H.G. Wells’ classic science fiction novel “The Time Machine,” but the latest attempt shows some promise. The Argentine brother and sister duo Andy and Barbara Muschietti are in charge this time around, with Andy directing and Barbara producing. The two are just about wrapped up on “IT: Chapter Two,” and they’re not looking to take a break. They don’t have much of a background in the film world, with only two movies out (“Mama,” “IT”), but hold a good reputation and have experience in creeping people out. Whether their adaptation will capture the essence of this novel just as well remains to be seen.

The Warner Bros. press releases promise a reimagining, different than previous movies or even the novel. Considering the Muschiettis’ filmography, that probably means a larger focus on horror, and hopefully that works out well. The horror genre has exhausted itself with ghost story after ghost story, and it needs something like “The Time Machine” that involves existential and psychological horror. One way this opportunity could be messed up is if the Muschiettis rely too heavily on cheap jumpscares, but the duality of “IT” gives a certain degree of hope. There’s also the chance that the duo may lean too far into horror and fall short of the science fiction aspect. The 2002 adaptation had an entirely different issue; a focus on CGI and action, and that downfall is the reason of its poor critical reception. On the other hand, time has been kinder to the 1960 version, perhaps because of the better balance, regardless of the more primitive filmmaking. Jennifer Davisson and Leonardo DiCaprio are also members of the creative team, and Arnold Leibovit, the executive producer of the 2002 film, will hold the same position. The Muschiettis have two other projects lined up, and “IT: Chapter 2” is slated for September 6, 2019.