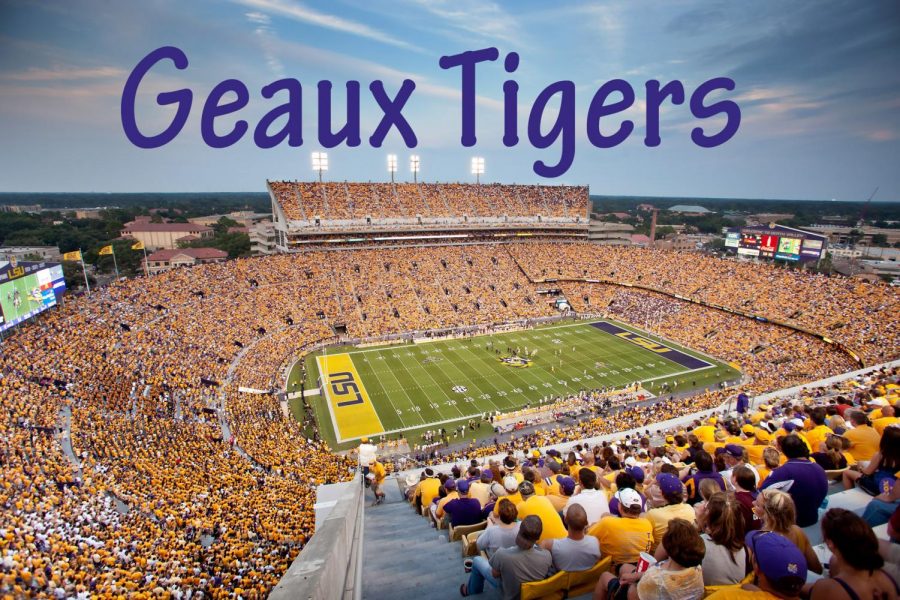 On September 9, 2018, LSU had their first kickoff of the 2018 season. They played the Chattanooga Mocs and defeated them 45-10. This does not come as a surprise given that LSU is a larger school and in a different division compared to UTC. Following the UTC game, LSU claimed victories against other teams such as Miami, SE LA, Auburn, LA Tech, and Mississippi. Subsequent to all of the victories, the team faced a difficult loss against Florida, who is only one rank ahead of them. On October 13, 2018, LSU played the number four team, Georgia. They took home a twenty point win. They won three more games against the following: MS State, Arkansas, and Rice. On the third of November, the LSU tigers played Alabama. They were vastly defeated. The final score was 29-0. This did not come as a surprise as Alabama is ranked first among the other teams.

Ultimately, the greatest game of the season was their game against Texas A&M. Nearly eight and a half minutes into the first quarter, Texas A&M score their first points. Not long after, LSU scores. With almost five minutes left in the second quarter, A&M scores with another touchdown. Two minutes left in the quarter, and A&M’s kicker Seth Small kicks a 33 yard field goal. Within the last few seconds of the second quarter, LSU’s kicker, Cole Tracy kicks a 47 yard field goal and trails behind by seven points. About halfway through the third quarter, the score is tied again, 17-17. However, it did not take long for the A&M Aggies to take the lead again. Only three and a half minutes left in the third quarter and the score is 17-24, Aggies. Five minutes into the fourth quarter things begin to get intense. LSU player Michael Divinity Jr. returns a fumble for a 58 yard touchdown. Roughly four minutes later, LSU scores another touchdown and takes the lead, 31-24. Right before the end of the fourth quarter, A&M scores again, causing the teams to go into overtime. Although overtime is always intense, this time it had fans on the edge of their seats. The two went into overtime seven times! Eventually, Texas A&M took home the victory with the final score being 74-72.