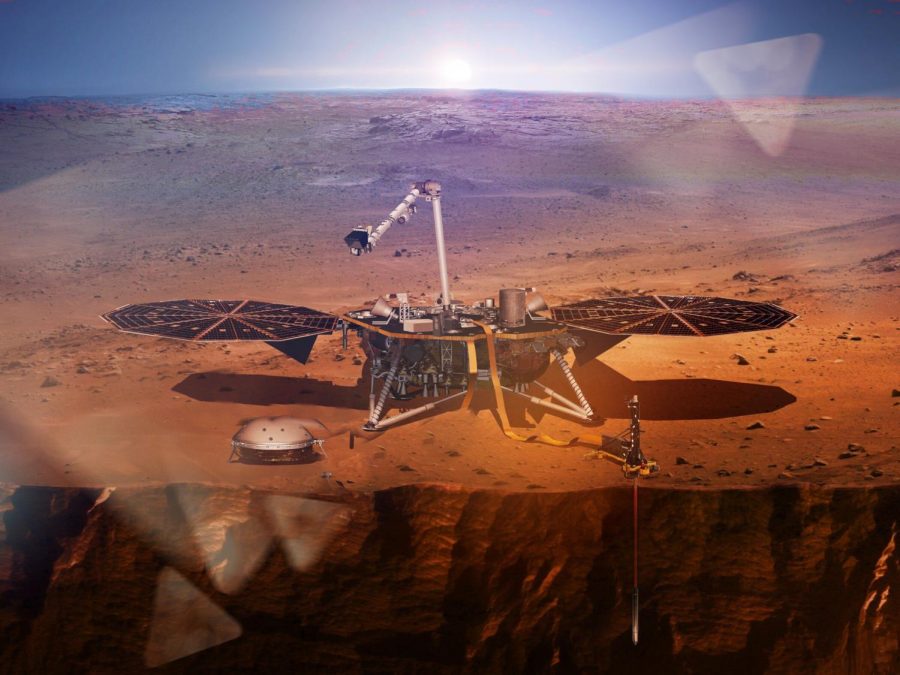 Everyone knows that humans have triumphed in landing on the moon, but not many people seem to realize that just a few days ago, we succeeded in landing on the Red Planet. A lander (the InSight), after a long time of preparation by scientists, launched from California and into its six-month journey to Mars in order to study the planet. After a long and perilous flight, InSight touched down, and NASA is anxious to begin procedures.

Before even thinking of launching the spacecraft, there were several workshops held for the thinkers behind the feat to discuss a landing location. They deliberated for a long time about several potential places, all of them situated somewhere in the plains of Elysium Planitia.

There were a few requirements for the location which had to be met for InSight to be able to carry out its research. Firstly, the position had to provide warmth and power, so it had to be close to the equator. Secondly, it had to be a place with quite low elevation for a safe landing; to slow down, the Insight needs an adequate amount of atmosphere. Another vital condition was soil-like, not rocky, ground as to let InSight’s heat-flow probe penetrate deep enough —ten to sixteen feet — to obtain Mars’ temperature levels.

On May 5th of this year, InSight launched from Vandenberg Air Force Base on California’s coast in the early hours of the morning and began heading east. NASA launched it from there because the traveling the direction of the Earth’s rotation adds momentum. The journey of about 301 million miles would take six intense months in which roughly six trajectory adjustments would be made by the team on Earth.

InSight arrived at the Red Planet on November 26th.

The lander, kept in a precautionary aeroshell during the flight, detached from its carrier spacecraft and landed safely, to the team’s exhilaration, in the flat, smooth, rust-colored plains of Elysium Planitia. The team can now begin to “take the ‘vital signs’ of Mars.” After a few weeks of InSight settling in, it will employ a seismometer, which measures movement of the ground (seismic waves, or, in extreme form, earthquakes), and soon after, will utilize its heat-sensing probes. From there, routine operations will begin.

This accomplishment is revolutionary for America and the world, and this isn’t even close to the end of it. NASA, invigorated by the fresh success, already has plans for another, further investigation of Mars set very soon — 2020. They plan to explore the planet with a new, more exciting, life-based plan that will “employ new scientific instrumentation in order to seek signs of past life in situ, select and store a suite of samples in a returnable cache, and demonstrate technology for future robotic and human exploration of Mars,” (Mars 2020 Mission 3). The InSight landing, even with all the planning, engineering, work, and direction that went into its successful establishment, is just the beginning of our robotic exploration and, maybe one day, human habitation of space.