SINGING IN THE ALL-STATE (CHORUS) 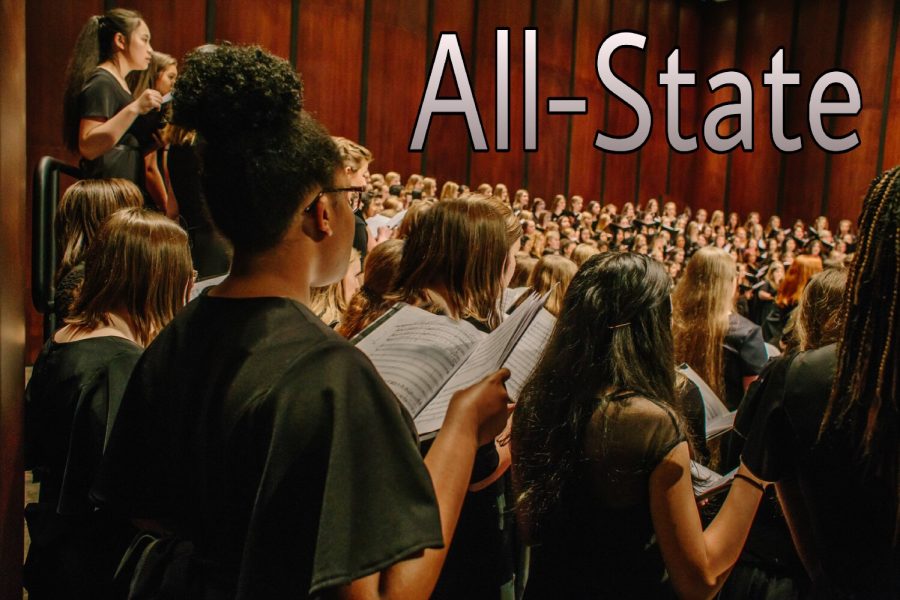 To the ordinary student, All-State Chorus may just be something they put in the weekly announcements, but to those competing, it is a big deal. It’s one of the most illustrious competitions of the year for a high school chorus student. Hundreds tried out at Heritage, but only the best six students made the cut. Alex Frost, Elias Gentry, Dylan Jackson, Erin Lord, Jacob Trotter, and Jenna Yim were this year’s six.

All-State Chorus is a merit-based competition that picks out the best singers from across the state of Georgia and brings them together into one. After rigorous auditions and intensive practice, a concert is held for the winners to show off their hard-earned abilities.

The participants had to sign up for the auditions a couple months prior to give them time to practice the main two skills they would need to showcase: sight reading, which involves being able to interpret the musical notes on a staff and singing them correctly, and a song solo.

“It was packed,” freshman winner Jenna Yim, who has taken chorus class since primary school and has made district chorus for five consecutive years, recalls her nerve-racking experience. “You went into the audition, got your papers, and waited until you were assigned a time to go into your first room.

“I expected to fail,” she admitted. “I’m serious; I didn’t expect to get in. I went in for the experience – not necessarily to make it. There were a lot of upperclassmen saying, ‘Oh, it’s really hard to make,’ but Mrs. Hamilton was especially encouraging. ‘The worst thing they can do is say no,’ she would say.”

Yim emphasized that sight reading was actually the hardest part, “by a million.” It is for many people, especially those who aren’t in chorus. It’s another language of dots and sticks and strange symbols that doesn’t go by the same rules as any spoken dialect. Even having learned it since elementary school, she has trouble. “I definitely did best on my solo, despite the fact I had issues with my breathing; I got a 35/36, one point away from a perfect score.”

“Apparently All-State auditions are quite stressful for a lot of people,” she laughed. “So I’m walking, and there are people huddled together, just crying, right outside of the auditioning rooms. That definitely didn’t help my nerves.”

“The anticipation before going in was the worst part – it usually is. We had to wait in the gym. They got a little off schedule, so the time was dragged out while they fixed that. People all around were warming up; some were just hyperventilating. The ones warming up, though – many of them sounded like angels. It was intimidating.”

Yim then detailed the experience being in the auditioning rooms, “Let’s say you were assigned the sight reading room first. When you went in, there would be two or three judges waiting for you. You would then sight read a few examples and move to the next room. They asked me if I wanted to perform solfege (the minor, major, and chromatic scales) or my singing solo first. I chose solfege to get it out of the way, and then we were free to leave.”

She goes on to talk about the different days she came to audition. “There were actually two different auditions altogether – different days. The first audition is about skill set, what you’re coming to them with. The second is there to make sure you’ve been practicing the music they gave you. If they see that you know at least, like, 70% of it, you’re in.”

“The best part,” Yim reminisced, “was meeting all the people who came. Many of them were interesting, chirpy, and some were very skilled.”

In conclusion, All-State chorus sounds like a great opportunity to hone your skills, find others who share your singing passion, and maybe get noticed if you’re aiming for a future in vocal music. Also, having sung in All-State chorus looks great on a resume.