A STAR IS BORN IN BLACK PANTHER 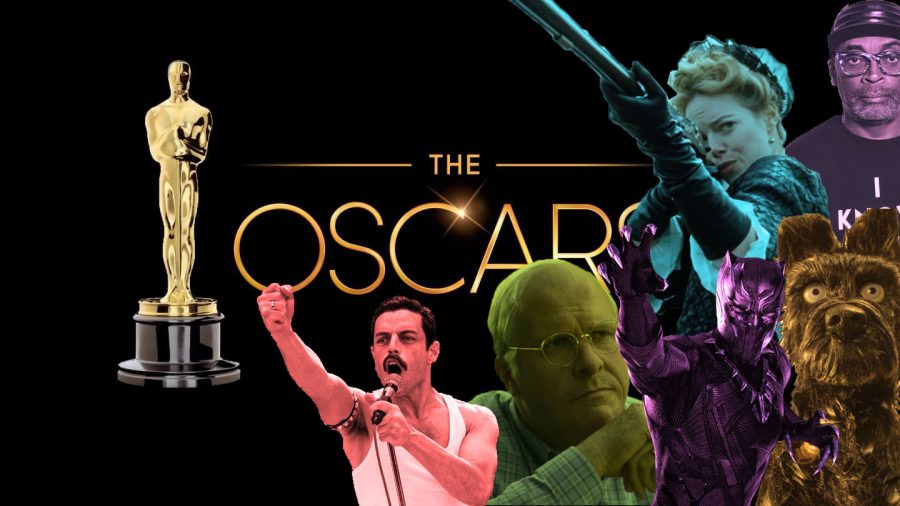 On Tuesday, January 22, the nominees for the 91st Academy Awards were announced to the Academy members and public alike. Alfonso Cuaron’s “Roma” and Yorgos Lanthimos’ “The Favourite” led the nominations with each scoring 10 nominations.

The eight films nominated for Best Picture are: “Black Panther,” “BlacKkKlansman,” “Bohemian Rhapsody,” “The Favourite,” “Green Book,” “Roma,” “A Star is Born,” and “Vice.” “Vice,” “Green Book,” and “Black Panther” are also films that were nominated in multiple categories.  As a comics fan, I’m ecstatic that “Black Panther” received the nomination, however, I don’t think it should’ve gotten the nomination mainly because we’ve had better comic-book films in the past like “The Dark Knight,” “V for Vendetta,” and “Snowpiercer,” and there were more deserving films that came out in 2018. Speaking of those, “First Reformed” got snubbed big time. I thought “First Reformed” was an amazingly great film that is leaps and bounds ahead of either “Black Panther” and “Bohemian Rhapsody.” If I were a voting member of the Academy, my vote for Best Picture would go to “BlacKkKlansman,” but I feel that “Green Book” will take home the gold.

The Best Actor nominations went to: Christian Bale for “Vice,” Bradley Cooper for “A Star is Born,” Willem Dafoe for “At Eternity’s Gate,” Rami Malek for “Bohemian Rhapsody,” and Viggo Mortenson for “Green Book.” As for the ladies, the Best Actress nominations went to: Yalitza Aparicio for “Roma,” Glenn Close for “The Wife,” Olivia Coleman for “the Favourite,” Lady Gaga for “A Star is Born,” and Melissa McCarthy for “Can You Ever Forgive Me?” None of the nominees in either category took me by surprise considering a lot of these actors and actresses were nominees at the Golden Globes. I am disappointed that Ethan Hawke didn’t get any love for “First Reformed” and also saddened that Elsie Fischer didn’t get any recognition for “Eighth Grade.” I thought “Eighth Grade” was a  good movie (not anything special. but still good) but Elsie Fischer was tremendously good in it. For Best Actor, I would give the award to Christian Bale for “Vice.” I think the race will end up being between Bale and Malek with Malek receiving the Oscar. As many are predicting, Glenn Close is the nominee to beat in her respective category. She’ll end up getting it.

As for Best Supporting Actor, the nominees are: Mahershala Ali for “Green Book,” Adam Driver for “BlacKkKlansman,” Sam Eliott for “A Star is Born,” Richard Grant for “Can You Ever Forgive Me?” and Sam Rockwell for “Vice.” Most interesting for Best Supporting Actress is “The Favourite” has two actresses competing for the award: Emma Stone and Rachel Weisz. Other nominees are: Amy Adams for “Vice,” Marina de Tavira for “Roma,” and Regina King for “If Beale Street Could Talk.” Adam Driver should win for “BlacKkKlansman” but if I were a gambling man I’d put my money on Mahershala Ali for his work in “Green Book” seeing that it’s coming off the heels of “Moonlight.” Stone and Weisz aren’t going to get the Oscar. Regina King probably has her award locked down since “If Beale Street Could Talk” didn’t receive all that much love and her performance has gotten a lot of critical acclaim. I know these would have been long shots, but I think Lewis Pullman, Jeff Bridges, and Cynthia Erivo should’ve been recognized for their performances in Drew Goddard’s “Bad Times at The El Royale.”

The Academy also recognized the talented people behind the camera. Most notably these five directors were recognized for their work on their respective films last year: Spike Lee for “BlacKkKlansman,” Pawel Pawlikowski for “Cold War,” Yorgos Lanthimos for “The Favourite” Alfonso Cuaron for “Roma,” and Adam McKay for “Vice.” This one is tricky. In terms of which directorial voice is most prevalent in a film then Spike Lee and Adam McKay are the frontrunners. However, “Roma” and “The Favourite” has received a lot of recognition from the academy so they could sneak in and and snatch the Oscar. Spike Lee should win but my guess is that Alfonso Cuaron will win. I don’t feel that there were any snubs in this category. While I believe that Ryan Coogler and Leigh Whannell should be recognized for their work (“Black Panther” and “Upgrade,” respectively), they aren’t really Oscar-worthy for what they made.

Who will win? We’ll find out when the Oscars air on February 24, on ABC.