A TIME FOR EVOLUTION 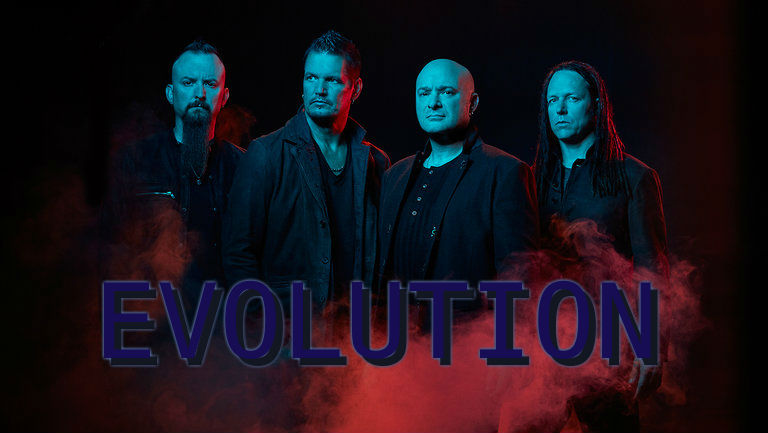 One of the most heart-throbbing, heavy metal bands out there, Disturbed, came together through the matching of a band with a singer. They all played together in Chicago since 1997. David Draiman, the lead singer, grew up in a religious family which he rebelled against. He had been expelled from five boarding schools, which led him to find an outlet for his anger through the annihilating sounds produced by Disturbed. With the release of their debut album “The Sickness” in March 2000, the band was able to gain many fans.

One of their most popular songs recently is a cover called “The Sound of Silence,” which was originally written and produced by Simon and Garfunkel. This won over many old fans and brought in many new fans. In 2018, Disturbed released their newest album, “Evolution.” This album gives fans old and new an hour of new music to experience the intensity of the lyrics, as well as the calming sound of songs with a similar tone to “The Sound of Silence.”

For those who are new to listening to Disturbed or are just curious and want to hear something new, I recommend “Are you Ready.” This is the first song of the album and gives you insight to what the album will be like. To me, it expressed that everyone needs to be ready for the inevitable. For those who are not a fan of the heavy metal and intense guitar solos, I would recommend “A Reason to Fight.” This is about drug abuse: many who use drugs feel as though there is no reason to live, and they go into automatic shutdown causing those around them for feel concerned for their safety. “A Reason to Fight” explains that you have a reason to live, to not let it control you. Even if you are not struggling with drugs or have had a problem with them, this song can help you if you know someone who is going through a tough time. Listen to the song and know that there is someone you are able to talk to, whether it be your parents, a counselor, a friend, or a dog. “Don’t let it take your soul” and obtain the help you truly need.

This is a great album and even measures up to their previous album, “Immortalized,” while also giving us new content very similar to the songs that are fan favorites. I give this album a 10/10.