IF ONLY WE ACTUALLY WENT TO THE MOON 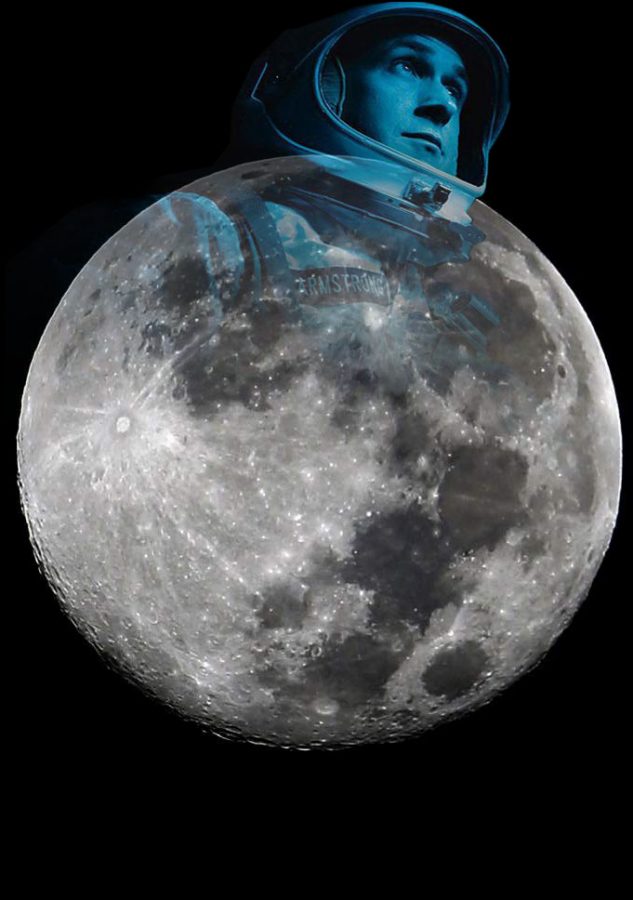 From Damien Chazelle, the director of “Whiplash” and “La La Land,” comes a film that (take a deep breath) isn’t about jazz. “First Man” is the story of Neil Armstrong, the first man to step foot on the moon, and his journey to get there. “First Man” stars Ryan Gosling (“Drive,” “Blade Runner 2049”) as Armstrong, Claire Foy (“The Crown”) as Armstrong’s wife, and a bevy of other talented actors including Jason Clarke (“Zero Dark Thirty”) and Kyle Chandler (“Game Night”).

As I mentioned before, this is Damien Chazelle’s first film where jazz is not a recurring topic. There must be a correlation to the amount of jazz and the quality of his films because “First Man” is Chazelle’s weakest film. Which is rather an amazing thing to say since “First Man” is rather good. Chazelle is able to fully realize the arduous journey it took both NASA and the astronauts themselves had to go through for them to finally make it to the moon which would inevitably make America the victors of the space race (even though Russia beat us to every other milestone). That being said, that journey was a long one. Which is this film’s downfall. “First Man” is two hours and twenty minutes long and can sometimes be slowly paced on multiple occasions.

The acting is good. Ryan Gosling is amazing (then again, when is he not) as Armstrong, I think he captured the essence of Armstrong perfectly. But Claire foy is not that great. Her performance is rather wooden. Her expressions never seem to show. Sometimes it was hard to tell what her character was feeling which  could make the emotional tone of certain scenes more confusing than it should’ve been.

But man, was the moon landing sequence was something to behold. It was shot in IMAX, but even viewing it at home was truly amazing. I could see how well done, visually speaking, everything was.

While, it may have not received as much Oscar love as it should have. “First Man” is another strong entry in Chazelle’s filmography and worth checking out.