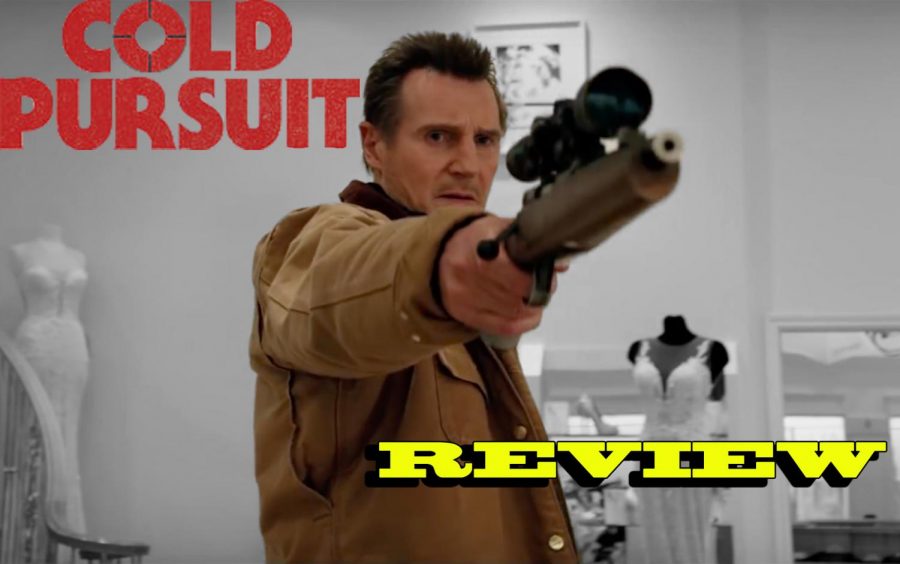 “Cold Pursuit” is the remake of the 2014 foreign film “In Order of Disappearance.” Hans Petter Moland returns to direct the remake of his original film. “Cold Pursuit” is the story of a father whose son is kidnapped and murdered after stealing a package from a notorious mob leader. The autopsy claims Kyle Coxman, the son, died of a drug overdose. But his father, played by Liam Neeson knows there’s foul-play involved . . . his son didn’t do drugs. Now, Coxman will stop at nothing to seek revenge.

“Cold Pursuit” is, to put it bluntly, bad. Marketed as an ultra-violent revenge thriller a la previous Neeson films including “Run All Night,” “Taken,” and “A Walk Among The Tombstones,” “Cold Pursuit” would best be described as a dark comedy. The problem being that the film doesn’t work as either a revenge-thriller nor a comedy. When comes to the action set pieces, they are few and far between. On top of this, those scenes aren’t long enough or satisfying enough to justify the arduous journey it took to get there. For an R-rated flick, the violence in “Cold Pursuit” felt way too sanitized. There’s minimal blood, hardly ever do you actually see a thug get hit with the bullet, and a fair amount is shown offscreen. As for the comedy, only a handful of jokes actually land. Most of the jokes you can see coming a mile away and can sometimes be offensive. There’s offensive funny where you laugh at jokes that deep down you know you probably shouldn’t, and then there’s just offensive. The humor of “Cold Pursuit” falls into the latter category.

The acting in the film is fine. Neeson does a serviceable job as well as everyone else. The script is pretty clunky. It felt like five plots shoved into one two-hour film. What could’ve been a simple and entertaining revenge thriller following Neeson’s character is turned into a bloated mess that feels like a 6-episode miniseries of FX crammed into one singular film.

“Cold Pursuit” is a film that isn’t recommendable and one that I wouldn’t recommend starting 2019 with. Go see “Glass” or “Escape Room” instead.