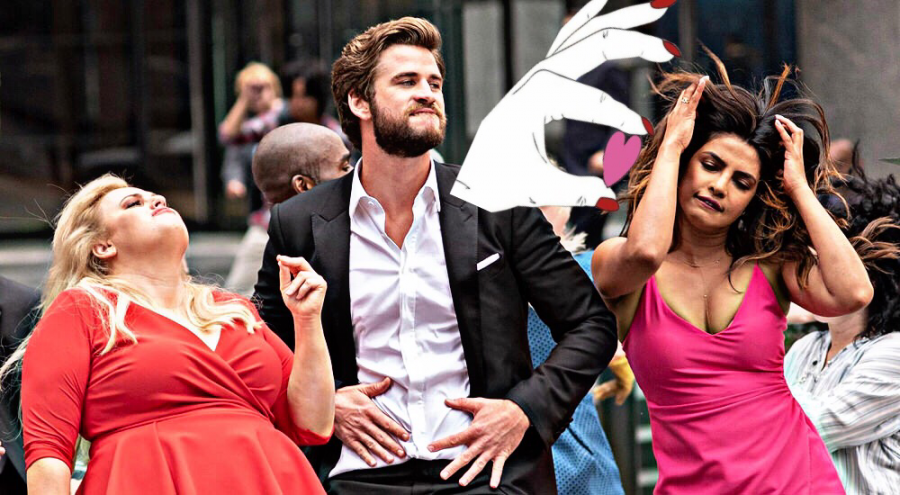 Everyone loves a good romantic comedy, especially when it makes fun of the cliche storyline of rom-coms. In any case, rom-coms have been making a comeback recently, thanks to streaming services like Netflix. In “Isn’t It Romantic,” directed by Todd Strauss-Schulson, “Pitch Perfect’s” Rebel Wilson takes the lead as a woman who utterly hates romantic comedies and love in general. But when a mysterious head injury traps her in a parallel romcom universe, she is forced to figure out how to escape her own life. With A-list actors such as Liam Hemsworth and Adam Devine, there is no way this movie wouldn’t be a hit. The whole entire time I was in the theater, I was laughing so hard. “Isn’t It Romantic” definitely doesn’t stray far from humor. The whole movie basically satirizes rom-coms all the way from the storyline to the characters’ personalities.

“Isn’t It Romantic” follows Natalie (Rebel Wilson), an Australian woman living in New York City who works as a mid-level architect. She is told at an early age by her mother that fairytale romances (like the one in 1990’s “Pretty Woman,” which Natalie watches as a child) are not for her. Natalie is very talented at her job, however her coworkers treat her dismissively. The only expectations are her friends Josh (Adam Devine) who obviously has a crush on her, and Whitney (Betty Gilpin), who spends her workday watching movies instead of helping Natalie with work. However, when Natalie gets mugged, her worst nightmare comes true– a romantic comedy – and she is the leading lady. Throughout the movie, Natalie tries to convince random people in the streets of New York that everything is fake. I mean you would think this too when you smell fresh flowers on the streets instead of garbage. Not to mention, the random outbreaks of choreographed dances with love songs playing in the background. This was actually very funny to me, especially when Josh saves a woman from choking and instantly “falls in love” with her. As if this would actually happen in real life. When Natalie meets Blake (Luke Hemsworth), a gorgeous billionaire, she thinks she will have to fall in love with him to escape this rom-com nightmare. But soon she realizes Blake isn’t the one she should be chasing. Instead, it is Josh– the one who has been in front of her the entire time. When she realizes this, the story line gets even better (and yes, you will be in for a surprise).

“Isn’t It Romantic” is a great film for really anyone who enjoys a good comedy. It isn’t just a chick flick where the girl gets the guy. Moreover, it is a great comedy that you can enjoy with all your friends and family.