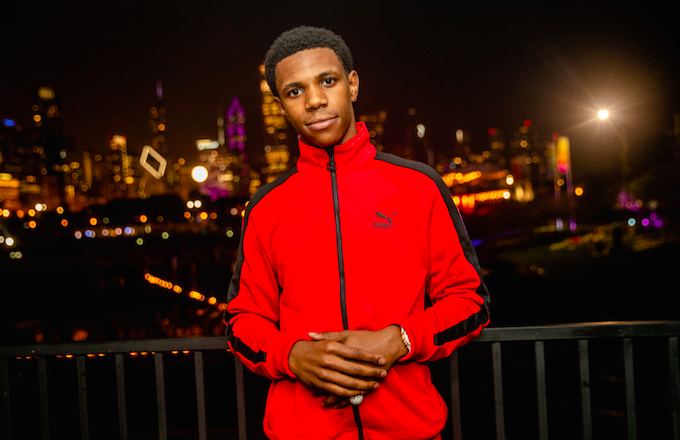 A-list rapper, A Boogie Wit A Hoodie, recently released his latest album “Hoodie SZN.” The 20 track album is stocked with heavy features and sick beats.“Hoodie SZN” features Offset, Tyga, NAV, Juice WRLD, and more. It has been two long years since the twenty-three-year-old rapper has released his debut album. “Hoodie SZN” is an album to get in your feels with and good if you have had a heartbreak recently. Unlike most rap songs out today, this album has a lot more emotion put in to it.

The rapper has a tried-and-proven formula of hot hooks and beats that will get you up out of your seat. One of my favorite songs is “Look Back At It.” It is no wonder why the song has peaked at #14 on Billboard’s Hot 100 since its release with its catchy hook. When Boogie starts singing in autotune “Ddrat, da-da, da Drdat, da-da-da, da,” you are instantly down to vibe. Another great song on the album is “Swervin” featuring controversial rapper, Tekashi 6ix9ine. “Swervin” is more of an upbeat song that you can have fun with, while “Look Back At It” is a more emotional rap  song. One song, in particular, that stood out on the album was “Billie Jean.” Now I know you’re thinking of the song by Michael Jackson, but Boogie puts a twist on the whole song (by rapping of course). The rapper said he has always been inspired to make music because of king of pop, so this song was initially really special to him. It is definitely not he same song as Jackson’s with lyrics such as, “Mike Amiri jeans on in my Billie Jean bag.” Other top charting songs on the album include “Startender” (ft. Offset and Tyga), “Demons and Angels,” “Savage,” “Come Closer,” and “Pull up” (ft. NAV).

It is definitely hard to find good rap music nowadays, because they all seem to send out the same message. “Hoodie SZN” is a great album if you are looking for something new in the rap game with a hint of emotion. Full of sick beats and catchy lyrics, there is really no way you will not boogie to this album.