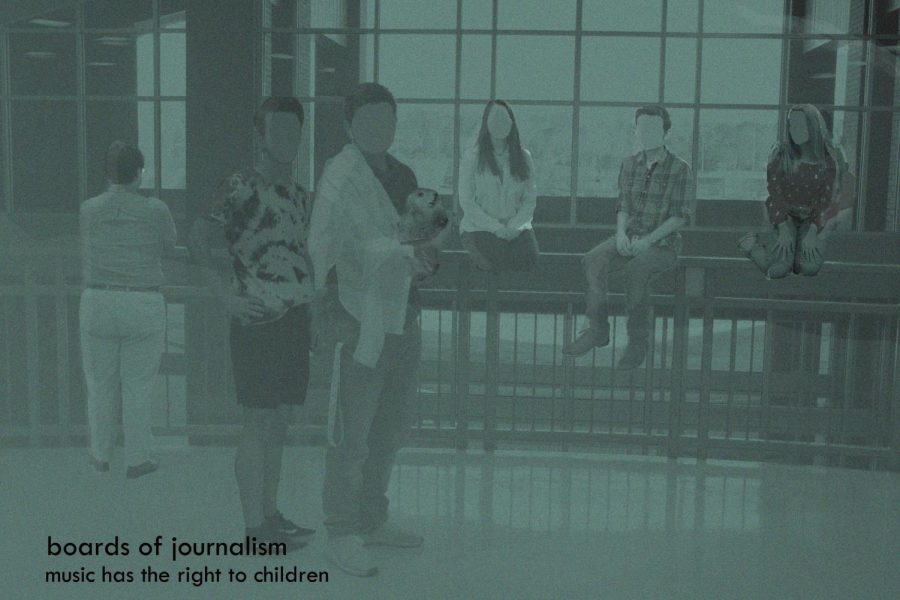 “Music Has The Right To Children” is the debut studio album of the electronic duo “Boards Of Canada.” It was recommended to me by Mr. Peace when I got interested in reviewing stranger, more obscure entertainment.

I began listening to “Music Has The Right To Children” during first block while I prepared some questions for an interview. The album opened with “Wildlife Analysis,” which had some soothing Minecraft-esque sounds and no vocals for about a minute. During the second song, “An Eagle In Your Mind,” I decided to first look at all the odd names and try to discern a meaning. I didn’t.

The music did get more intense at that second song, which lasted six and a half minutes. I typically draw the line at eight minutes a song, even for Modest Mouse, my favorite band. “An Eagle In Your Mind” even had some scattered words from multiple different voices. “The Color Of The Fire” opened with echoing words that seriously creeped me out. I had to take a break to talk to the staff member beside me and remind myself I wasn’t in a horror movie.

Number four was “Telephasic Workshop.” I looked up the meaning of “telephasic” but couldn’t find a definitive answer. The song gave me a vibe that I couldn’t quite decide what to do with. Some songs pair well with working out, some are good for waking you up, but “Telephasic Workshop” was six and a half minutes of an unfamiliar feeling. I took some of that time to look more closely at the cover, which looks like a standard family photo in front of a picturesque lookout, either under many filters or more likely taken with an old camera. All the faces are blurred out and two people, a baby and a man, are facing away from the photographer. I felt unsettled again.

“Triangles and Rhombuses” didn’t remind me of geometry but instead of a pleasant, calm drive. The next song “Sixtyten” made me anxious and pumped up at the same time, like it was two overlapping songs. I tried again to find the meaning of the song titles as a whole, this time looking at the first letter of each song, but “WATTTSTKBRRAOPSOOH” is absolute gibberish. “Sixtyten” closed out with a simpler little tune that felt separate from the rest of the song.

“Turquoise Hexagon Sun” felt like both wondering and wandering through a forest. Most of the album at this point had reminded me of the forest, of solo hikes, or at least ones without conversation.

“Kaini Industries” was the shortest at fifty nine seconds. I didn’t much enjoy it except for the last fifteen seconds or so, which had more going on. “Bacuma” felt light and hopeful. I’d been trying to listen to the album as a whole, like a connected series rather than a collection of individuals, sort of imagining an abstract story that this could be the soundtrack to.

“Roygbiv” continued the trend of upbeat and brought me back to early childhood. “Rue The Whirl” felt repetitive and hypnotic. My eyes drooped, but I’m not sure if it was because of the music or because I’d been staring at my computer screen for so long. I tried imagining what a music video would look like for any of these songs. Interested, I looked for one, but the word “unofficial” was in the description of all of them.

“Aquarius” had actual lyrics, and they were WACK. Some people say “orange” throughout the entire thing, in between a woman’s one by one counting. She gets to the thirties before going to random numbers.

The class change cut me off there, but later that night I listened to “Olson,” which is one of Boards Of Canada’s most streamed songs. I couldn’t quite tell why as it felt much more muted than the rest. “Pete Standing Alone” was more engaging, with a quick beat and some interesting sounds that might have been vocals.

I listened to the rest of “Music Has The RIght To Children” on the way to school the next morning. “Open The Light” reminded me of the ocean, so I threw it in a playlist titled “Ocean.” “One Very Important Thought” was the penultimate track, and it featured a speech on the profound topic of censorship and speech. I listened to it over a few times to get the full message.

“Happy Cycling,” number eighteen, wrapped the whole thing up. The title accurately described the song this time, and I could certainly imagine myself both happy and cycling while listening to it. My favorite part of “Music Has The Right To Children” was how emotional it could be, more so than a vocal album. Even without a voice full of that emotion, even without charged lyrics, I still felt something. That’s real talent.