A cheerleader, possibly a future valedictorian, an author, and maybe even an eventual president? 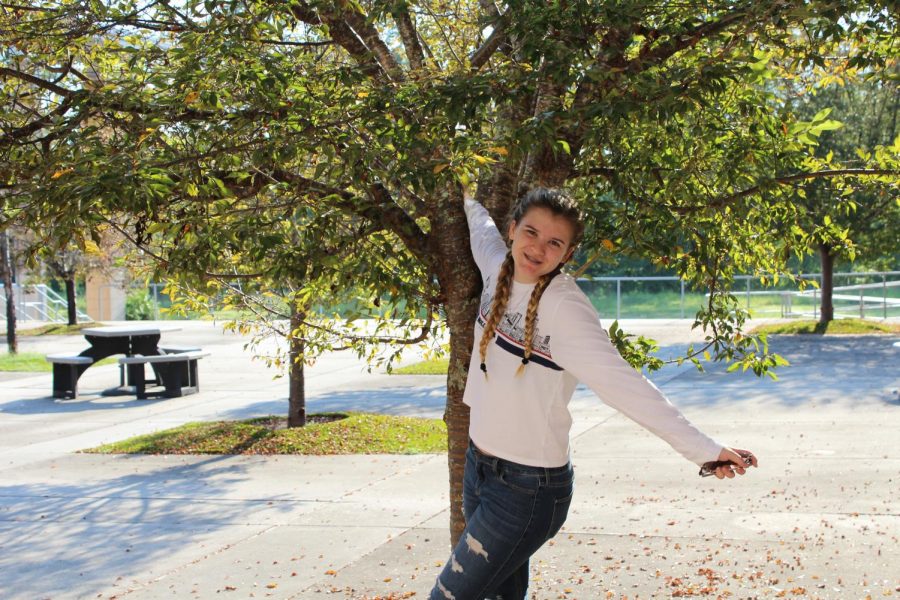 As the mediocre interviewer, I knew asking my subject, freshman Kahlynn Holcomb, about a future goal was perfectly okay but definitely a surface question. Kahlynn’s answer surprised me though. “Well, I want to get into politics and become the president,” she disclosed.

That’s not really something you hear everyday coming from a female freshman in high school, though this seems to just be a typical future aspiration to Kahlynn. I guess having big dreams comes from the average Sagittarius characteristics: in fact, maybe all people born on the 22nd of November want to be the president? Whatever the case, wanting to be the President of the United States of America is a big leap from wanting to be a veterinarian in elementary school.

When you think cheerleader, you probably see a popular blonde that doesn’t care about school, only wants the football boys, and has parents that do everything for her. Usually, you can assume that they’re pretty rude too, but there is so much you don’t know about Kahlynn Holcomb, an undefeated competition cheerleader, an All Stars cheerleader, and an Honors student. She is the absolute opposite of the cheerleader you see in the classic movie, Bring It On. Some may even say she’s an old soul, considering her love for the movies Heathers (1987), Mean Girls (2003), The Breakfast Club (1985), Pretty In Pink (1986), and Clueless (1994).

“So, what was your very first job aspiration?” I could ask, pretending like I didn’t already know. We’ve been friends for about 9 years, so of course, that’s something I should know. We think we might have met in pre-k, but it’s safe to say that we’re just superstitious and that we pretty much met in Kindergarten, along with another friend of ours, Marissa. As long as I’ve known her, Kahlynn’s always been very passionate about whatever she’s invested in at the time, and she’s always been able to have a good time. There is one uncommon thing about her though: she LOVES to read. Of course, I knew this already; after all, most readers are usually writers, right?

“Well, what are your main hobbies?” A basic question.

Of course, that’s enough to make one, especially one that does not write, wonder what she writes. I have always known a lot about her, but one thing I didn’t know was that she was writing a book. That’s almost as crazy as her aspiration to become president! For her though, this is realistic. I know better than anyone that there is a strong chance she will be an author.

“Speaking of your book, what is it about? What’s it called?”

“Uh, I’m kind of going back and forth for a name, but maybe September, or something like that. In simplest terms, it’s about two sisters who were technically kidnapped at a young age because they were the only super-humans in the world. It’s set in the future, after people began getting diseases and leaving each country’s citizens with a random ‘power.’ The strength of the power depends on how strong their country is.”

Now, when you hear super-human, you probably think of the word “cliche.” However, this isn’t a vampire/werewolf thing . . . These girls actually have everything you could imagine, and that’s why they were kidnapped. Like everything in life, there is a limit to what they can do, or actually, when they can do it. They can only use their ability as soon as the time hits 12:00am, and they can use it until 12:00pm.

Despite Kahlynn’s budding writing career, in order to be a president you have to have good grades. For all the time I’ve known Kahlynn, she’s made nothing but straight A’s, which is impressive. She’s juggled competition cheer with 5 practices a week, a novel, and perfect grades. At that rate, I think Valedictorian is her first stop before going to become a published author and, who knows, one of our future presidents. Who knew a 13-year-old could be so mature? 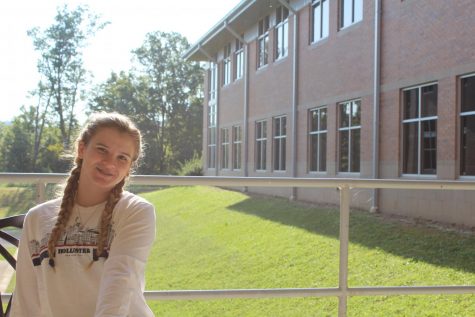