A Cheers-Eye-View Of The Football Game Last Friday 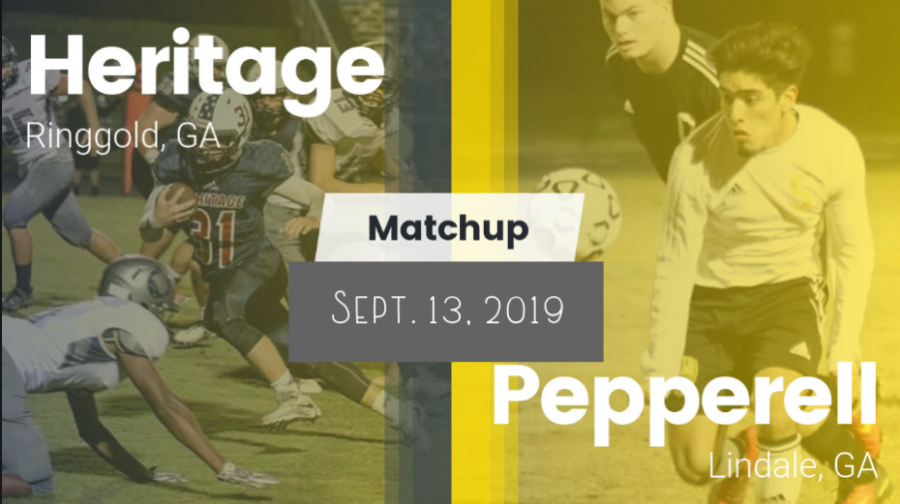 Football is a huge deal at Heritage High School, and so is winning. Luckily for the Generals, they are 3-1 currently, but I bet you’re wondering who it was that beat them.

Our Varsity football team and marching band traveled to Pepperell High School on September 13th, and unfortunately scored 20-13; Heritage being the losing team. However, they did have a good game, and I was able to get some perspective from a competition cheerleader attending the game. Kahlynn holcomb was able to explain to me what it was like in her perspective.

“In your opinion, was it a good game? Did you enjoy it?” I asked, expecting a pretty long answer considering her love of football.

“I mean we lost, but yeah. They ran to the left maybe twice, threw the ball about four times. Had they changed that, they might have had a better chance.” I figured she’d have a critique.

“As a cheerleader, how do you think this affects your view on football? Especially as a competition cheerleader that doesn’t perform on the sidelines anymore. What is it like to be part of the crowd instead?”

“I guess it helps me be more invested in the game. I began wanting to learn football because of cheering on the sidelines, and I appreciate actually knowing what’s going on. Now I love watching football.” This makes a lot of sense to me, I thought. Being forced to watch it for three years, you might learn to enjoy it after a while.

I then asked how she felt about the game in the first quarter VS. the fourth quarter. She felt confident in the beginning, but lost a little as the game went on. She said she “lost hope” because they weren’t looking that confident in themselves either after the first touchdown.

It was a close game, and every loss is a wake up call and learning experience.