The Secret Life of Victoria’s Pets 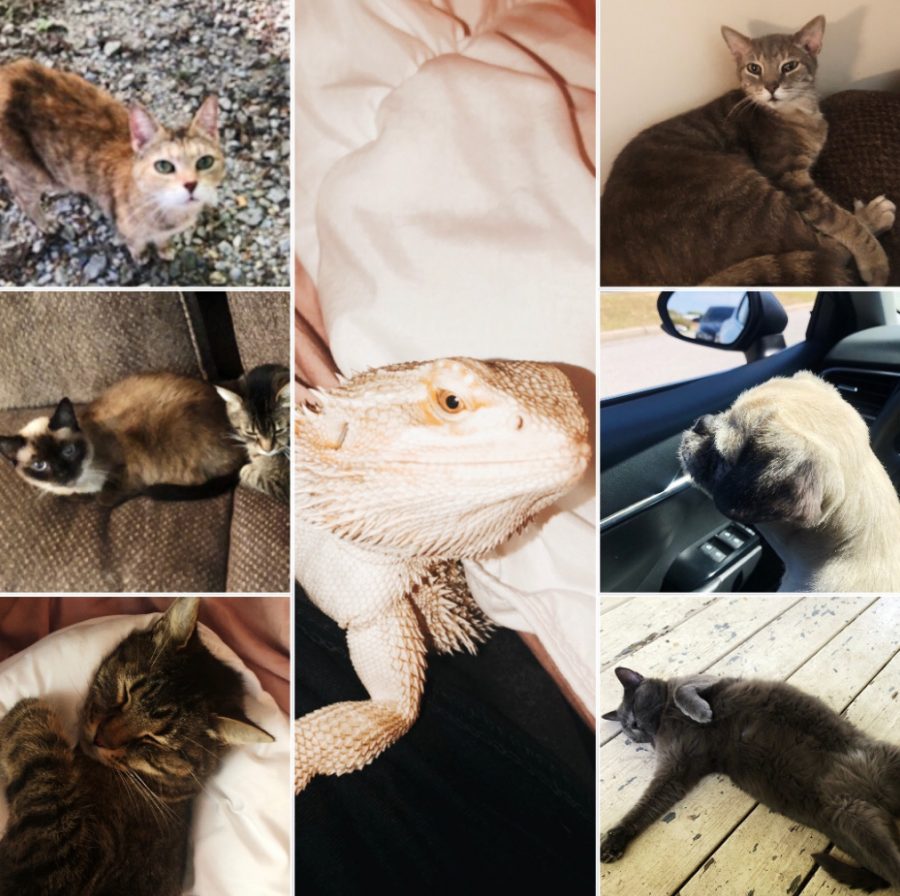 I imagine for some people, writing about a family pet may be boring. However, that is only because they aren’t quite as in tune with their pets as they should be. Pets have personalities just like we do, you just have to spend time with them to figure those personalities out.

For example, my family pet of 14 years, a pug-terrier mix, has one of the cutest personalities I’ve ever seen. I got her when I was barely alive, still not even 1 years old. She’s seen me grow up, and we have a very special bond that no other animal or person could replace. She won’t even let me go to school without her. To illustrate, everyday when I get ready for school, she follows me around for a little while, and then goes to sleep until about 6:55am when I leave. She then gets up very fast and almost races me down the stairs and out the door, just to sit on my lap in the car before I get to school. She also does this on days that I don’t ride the bus after school. When my mom gets home from work, she goes home to open the door, and then comes Tiki bounding out of the doorway, waiting on my side of the car. She rides with my mom to pick me up every single day.

This same routine occurs in my house with other pets, but in different ways. My 1 year old bearded dragon even has a morning routine. Zeus wakes up around 6:00am with my mom and me every day, and begins his morning. First he does his morning stretches. This includes puffing up his beard, holding it there for about 45 seconds, and then yawning to release the air. He does this four or five times every single day, and then patiently comes to the front of his enclosure to wait on his breakfast; crickets, mealworms, and kale.

Although not every pet has a specific morning routine, most do have noticeable personalities. My cat, Meo, is this way. I guess you could call him the grouch of the house. Even though he’s only five years old, he acts like an old man. He strongly dislikes any type of noise, sleeps all the time, and absolutely does not tolerate any other cat, dog, or human. A non-cat owner may assume that this is just the average feline behavior, but he takes it to the extreme. The only time he really cares for you is if you’re giving him his favorite tuna snacks, turning on the sink faucet for him to drink, or if you have a fluffy blanket. To elaborate, anytime anyone goes to pet him he makes an almost squeaking sound, and then attempts swatting at whatever’s around him with his sharp claws. His main talent is frustrating my mom to the extreme every Monday while she’s working on the computer. He loves to interrupt what we’re doing and plop down on our computer keys, almost like he does it just to get on our nerves.

I have four other cats as well. Noodles, an exceptionally large Russian Blue, is my mom’s favorite. We rescued him about five years ago, along with his brother PJ, and his sister, Dutches. She claims he had the most personality, and ever since they have been inseparable. I believe that his most noticeable talent is the obvious; eating. He’s a very sweet cat and loves to hunt, but he loves nothing more than his snacks. His spherical shape shows it. PJ is very outdoorsy, and prefers to stay outside at all costs, but he’s also a loving cat like his brother. Dutches though, is very skittish. She runs at loud noises and fast movements, and she’s hard to get close to.

Lastly, a female tabby, Ariel. My Nana and I took her in about 8 years ago when we noticed that she was roaming our neighborhood without a home, and my mom came to love her as well. She’s the most obedient, and probably the cat I’m closest with. She comes when I call, and it’s like she knows when I’m upset. Anytime I’ve had a bad day, I see her first when I get home. When she isn’t outside, she’s with me. She’s very friendly, and usually tends to be the favorite of my friends when they come over.

Every pet has a specific personality, you just have to invest time to figure out what that personality is. Even exotic animals like lizards, snakes, or elephants have detailed needs, wants, and attitudes.