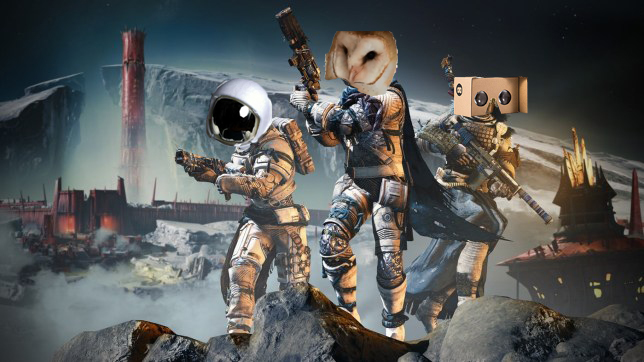 Destiny 2’s newest DLC, “ShadowKeep”, has just been released on October 1 and is the newest addition to the story so far. Guardians, the players, go back to the Moon to find Eris Morn, a mysterious character whom players met in Destiny 1 via the 1st DLC, and her fears are brought to life. These “nightmares” are Guardians’ old fears reborn anew. Eris has called all available Guardians to the Moon to help her deal with this problem.

Eris was sent by the Warlock Vanguard, Ikora Rey, back to the Moon. Someone or something has called her back, and it’s not happy.  The players do some cool flips in their ship as they come down and land back on the Moon. The Vanguard has been monitoring the Moon’s activity closely ever since the Guardians helped take control back from the Hive, an alien race that follows something called the Sword Logic.

There are entire lore videos explaining everything in Destiny’s story. There is also grimoire which are little pieces of info of game lore for players to discover while playing the game, but not everything in this DLC has been found.What has been found still expands the ever growing story of Destiny bit by bit. The story has a sad feeling everywhere you go, but the story is still great. It adds a lot to the main story of Destiny as a whole. It gives a new perspective on how the Light’s greatest enemy, the Darkness, affects the Guardians.

A new addition with Shadowkeep is New Light. New players can go back and see how the Guardians were born. They get to experience all of Year 1 Destiny 2 for free. There are also newer additions to gameplay. There’s new additions to the arsenal of weapons that work smoothly. A new unique way to defeat enemies called Finishers were also added. Whenever an enemies health is low they get a symbol above their head and they flash meaning they can be finished. It’s all mostly style and grace, but it’s still beauty in destruction.