The Collab of the Century 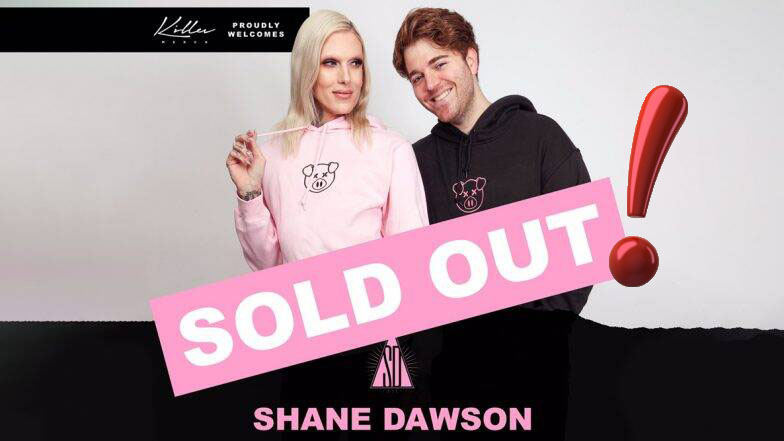 In the past year, the social media influencer and Youtube star Shane Dawson has been getting into make-up. He’s had many different styles for his social media accounts, mainly Youtube. He started out doing funny skits but eventually realized that didn’t fit his personality, causing him to feel like he wasn’t himself. After that, he started doing “Do it Yourself Crafts” and  funny hacks. Eventually he felt that he was faking who he truly was and started to do conspiracy theories twice a week. When not doing those, he did “Scary Adventures” with his best friends Garrett Watts, Drew Monson, and sometimes Ryland Adams. For a while he was happy with his decision to make these videos everyday, but he eventually again grew tired, and it felt forced to put out a video every day. That’s when he started making documentaries.

His first documentary was called “The Secret World of Jeffree Star,” which was a five-part series about Jeffree’s life, who is a youtuber who does makeup tutorials, also known as a “beauty guru.” They eventually became best friends. When Jeffree introduced Shane to make-up, Shane really ran with it. He started filming his second series with Jeffree called “The Beautiful World of Jeffree Star,” announcing that he’s going to release a new make-up palette on November 1st, 2019. He released part one on October 1st, 2019 to show the whole process of the making and even the drama behind the beauty community.

In his documentary, Shane detailed what he was going to be releasing, which was a large eyeshadow palette, a mini eyeshadow palette, and liquid lipsticks. Not only is he releasing makeup, he’s also releasing a whole new merchandise line based on pigs.These items are based on pigs because Shane has always called himself a pig. He always thought he was overweight, because of his past issues dealing with body dysmorphia. The line includes a lot of things like, hoodies, shirts, phone cases, backpacks, make-up bags, and pig mirrors. There are a few items that aren’t pig themed as well, like the “ediTEAing” hoodie and the conspiracy hoodie, based on his conspiracy videos. Some of these items are released, but some are not yet released!

Most people think Shane will sell out immediately, including me, but there’s always some people who think Shane won’t make it in the beauty community. In part four Shane, Jeffree and the designers were on the phone with “Morphe,” the company they’re working with, “Morphe” wanted to move the release date because they didn’t think Shane would sell since Jaclyn Hill is releasing a new line close to November 1st, 2019.

In the end, they kept the release date and they were determined to sell out because they believed in themselves. They knew their supporters would support them in every decision they made, whether Jaclyn was there or not.

Shane and Jeffree’s new palette is coming out on November 1st, which is just a couple weeks away. Fans are excited about how much Shane has learned to love himself. They’re so happy that he can be proud of what he does because he can look at the final copy and smile.