Step into the Singlet 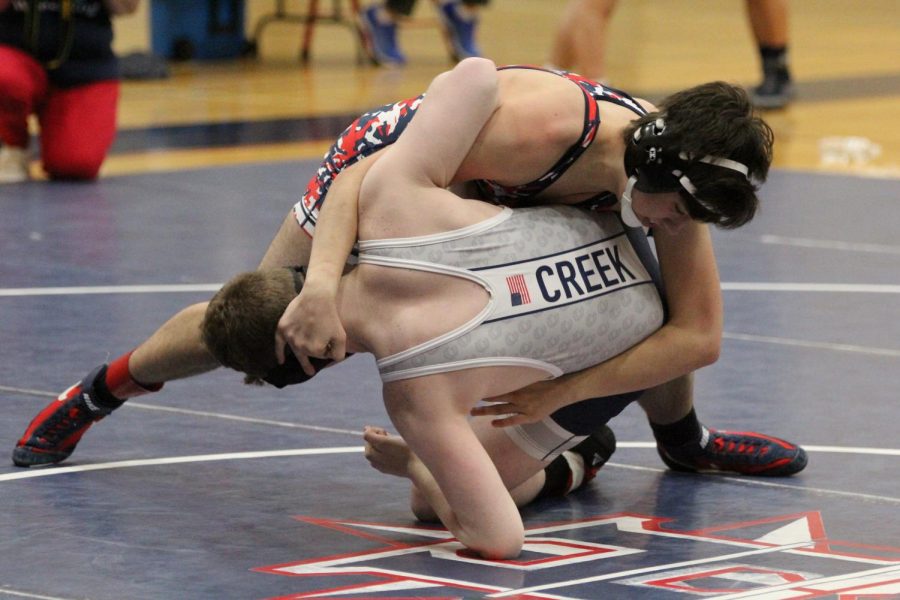 On Saturday, November 9th, the Heritage High School wrestling team traveled to River Ridge for their first tournament of the season. The Generals wrestled five schools and won four out of five matches. They had wins over Etowah (54-28), Cobb (66-18), Gainesville (52-24), and River Ridge (45-33). The Generals unfortunately lost to Ola (30-50).

When asked what the team should improve on, Coach Craft said, “We have a young group, experience-wise; they just need to keep practicing.”

To get some more inside feedback, we spoke to some of the wrestlers on the team and asked: What their personal weaknesses are, what their personal strengths are, and if wrestling feels like a job or if it’s enjoyable. The three wrestlers interviewed were, Matthew Tetrault (Senior), Garrett Pennington (Junior), and Chandler Dunn (Senior)

When asked about their weaknesses, the three wrestlers all focused on conditioning. “I just need to be in better condition,” Matthew Tetrault said, while Garrett Pennington noted that he “get[s] injured every time I step onto the mat.” Chandler Dunn had a similar concern, noting that his personal weakness was “endurance.” “I get tired quickly,” he said, “and I need to get stronger.”

After being questioned about their strengths, two out of three wrestlers mentioned body size and build. “Being tall helps,” Garrett Pennington noted. “I have much longer reach.” Matthew Tetrault mentioned, “I’m very quick for my size and my weight class.” Chandler Dunn responded, “My will to keep going is a definite strength of mine. I don’t give up even when my body is tired.”

The last question asked seemed to have a common answer among all three wrestlers: “At times wrestling feels like a job, but at the end of the day I love it, and it’s one of the best things I’ve ever been a part of.”