More Beta in the Tank! 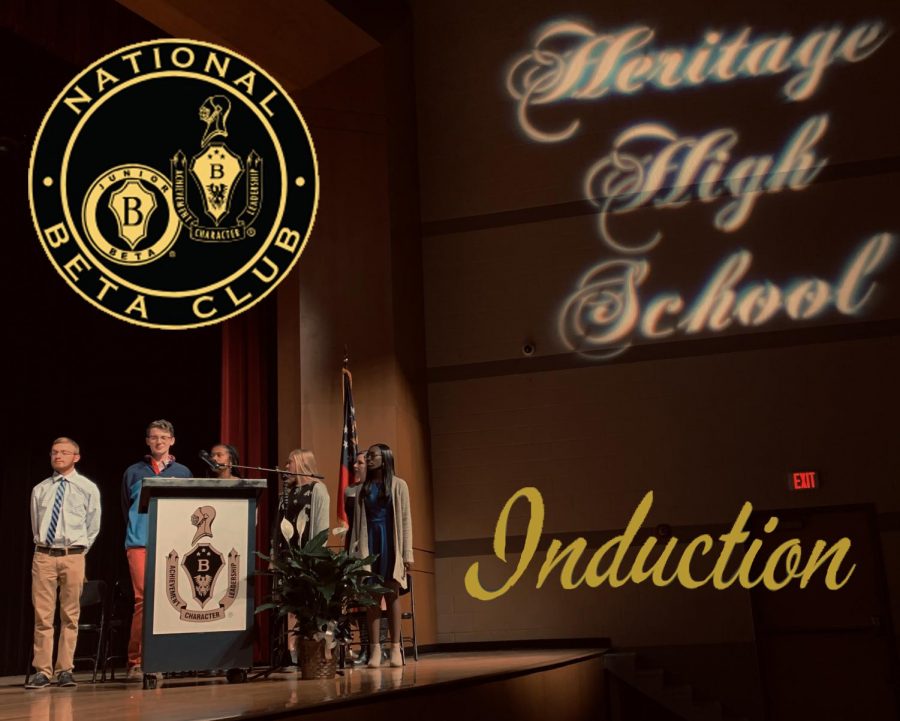 Junior year of high school is when many doors begin to open for students at Heritage High School. One of those doors is Beta Club. This past Tuesday, November 12th, was the induction for the National Beta Club. Over sixty students were inducted into the club and joined a group that is working to better our world. The induction was lead by Mrs. Hayen, Mrs. Bicknell, and Mrs. Wilson. The presentation over the Beta characteristics was lead by the officers,and the member at large, Gavin Anchondo, spoke on behalf of the junior class. Together they helped explain the acronym H.A.R.V.E.S.T. to the ones who were being inducted. They were taught that members of the club must display honesty, achievement, responsibility, vision, enthusiasm, sincerity, and tolerance. Students who were being inducted had many different feelings about what was going on.

“I’m excited to be a part of something big like Beta Club. It’s taking a lot of hard work and time to be a part of the group but it’s totally worth it,” Gabe Serrano explained.

“I honestly am a little nervous to go up on stage tonight. I know it’ll all be fine and all but this stuff is always weird for me. I’m still excited to finally be a part of the club though,” Edy Atwell commented.

“ I’m just here for the cake and induction—mostly the cake though,” Connor Brown said with a straight face.

Overall the night was a great success and had many funny and memorable moments. The students received their membership cards and certificates and their pins. The sponsors wish to now welcome all the new members of the Beta Club.