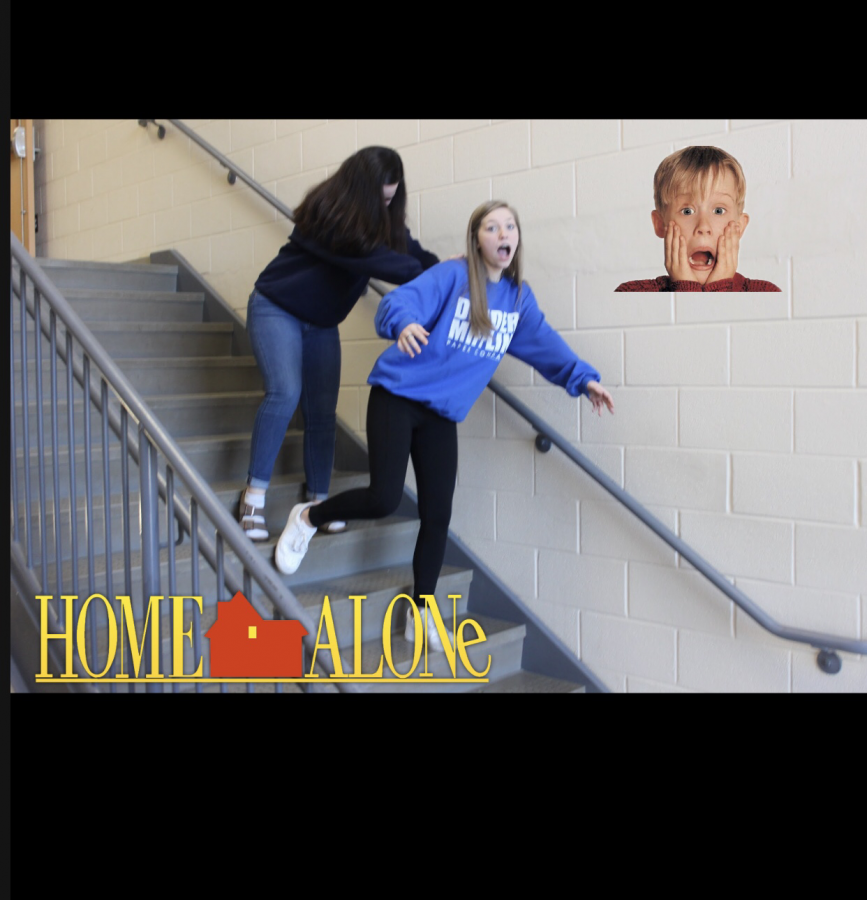 Everyone has their favorite go-to Christmas movies that they watch every single year. Although there are plenty of movies to choose from, my favorite Christmas movie is “Home Alone.”

“Home Alone” came out on November 16, 1990 and was produced by John Hughes. According to many websites, “Home Alone” was so popular that it was shown in theaters even after Christmas because people couldn’t get enough of the famous movie. The movie was recorded in Chicago off of Lincoln Avenue street. The movie was considered a comedy blockbuster movie, but is also known as one of the greatest movies of all time. There  are 5 total “Home Alone” movies, but the one that has been making the most money for so many years is the very first one that came out in November of 1990. The movie has made $285.7 million in gross. All of the music that was featured in the movie was composed by John Williams.

The movie entertains us by showing an 8 year kid named Kevin that was accidentally left behind by all of his family when they planned a trip to go to Paris. During the time that they left him he has a lot of fun entertaining himself all alone in his big house. He even goes grocery shopping by himself for the first time! Although he was having fun, there were two robbers spying on the house just waiting to go and rob his house.. So he builds mischievous traps to get rid of the bandits, and ends up getting rid of them by beating them up back to back with his creative traps he set all around the house. Overall, the movie has great reviews, and many people love the movie when it’s time for the holidays to come around. People say it was very well directed and greatly put together and shared an amazing story line for any age group to enjoy.

I mainly enjoyed the movie because it reminds me a lot of when I was a child and would watch it with my family on the couch every single year. The movie not only has a lot of memories along with it, it is very heartwarming when Kevin is reunited with his mom is very heartfelt and it makes me cry every time! For me it is always my go to Christmas movie no matter what time of day it is. It’s very important to me that I watch it at least once a year with my family because if not it really wouldn’t feel like the holidays. I could list many more classic movies to watch, but in my opinion “Home Alone” will always hit home if you know what I’m saying.