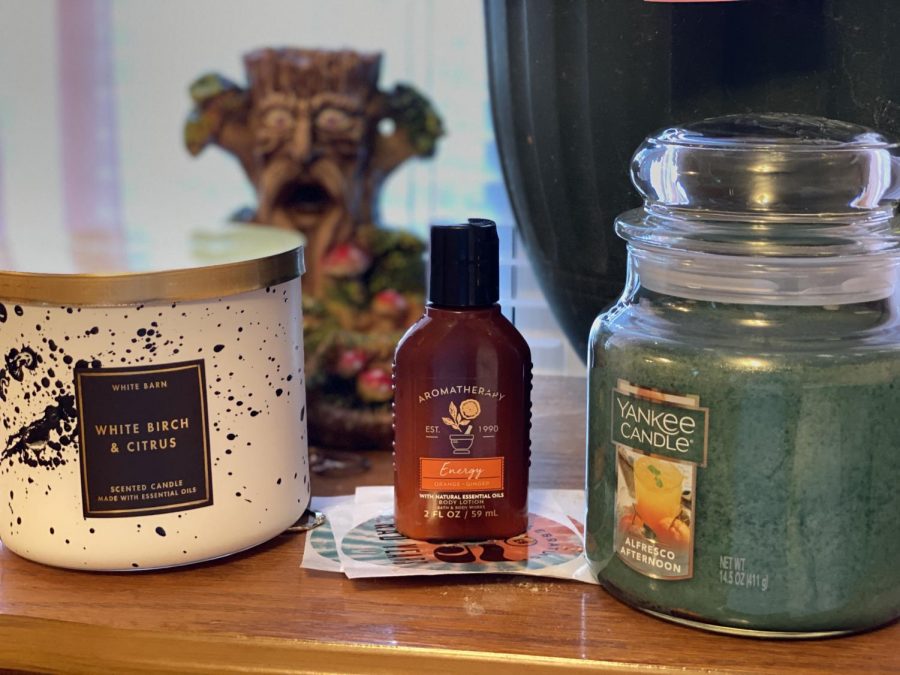 The Yankee Candle Company (typically referred to as Yankee Candle) is a retailer of scented candles, candleholders, and dinnerware. Its products are sold by thousands of shops worldwide, through catalogs, online, and in nearly 50 countries around the world. Yankee, worth $15 billion at the least, sells far above 200 million candles yearly.

In competition, The White Barn Candle Company is another popular designer of candles (and other home scent options) distributed through Bath & Body Works stores. In over 20 countries in the world, they have a large amount of sales also (the exact number is not provided). There is a fairly large age gap between the two companies, but when it comes to candle quality, who cares? Candle-shopping season is currently at its peak, considering all of the fall, winter, and festive scents have hit the stores.

When a selected number of Heritage High School students were asked why they chose what they chose, the results were: White Barn three, and Yankee Candle two. Why is this?

Alex Richardson, a White Barn supporter, explained his decision: “I just think that White Barn has better smells and longer-lasting scents. Plus, they have the wallflowers and everything, so it just adds to the atmosphere.” Anna Rowan stated something similar. She elaborated: “I think that White Barn candles have a much better scent, and last significantly longer than yankee candles’.” A theme with White Barn seems to be much better scents, and much better burn times. Bella Jones gives a statement that  agrees with the two previous, but does provide a little more: “Personally, they have better options than Yankee. They also bring in more festive scents as the seasons change. The store is much bigger, so there’s always more to choose from.”

To contradict this information, Alyssa Blake, a Yankee Candle stan says: “The candles are bigger, so they last longer. Plus, their scents seem to be much better, and Yankee provides more.” Moriah Russell had a similar thing to say…“I like the way the smell resides in my house with warmth and goodness.”

Since these are just opinions, it seems that the facts are necessary: A Yankee Candle has up  to 90 hours of burn time. They do have a much larger candle as well that offers up to 150 hours. White Barn’s largest candle provides up to only 45 hours of burn time. Although Yankee’s burn time has White Barn burnt out (definitely an intentional pun), what about the scents?

Back to the opinions. I personally prefer White Barn for scents, but only because of the fact that you are provided with many more options. A downside to the scents of White Barn’s candles is inconsistency. You may go in one day and get something like Fresh Balsam, a very strong scent, and then go in later on that same day and get a Cheesecake candle, which is very subtle. At Yankee, their candles aren’t quite as strong as some of the ones at White Barn, but they tend to be consistent.

Overall, I have no opinion on the matter. Both companies have pros and cons, and I don’t really prefer one or the other. I feel that they are only in such large competition because they are both located at Hamilton Place Mall.