Can Anything Top the Pop…Tart? 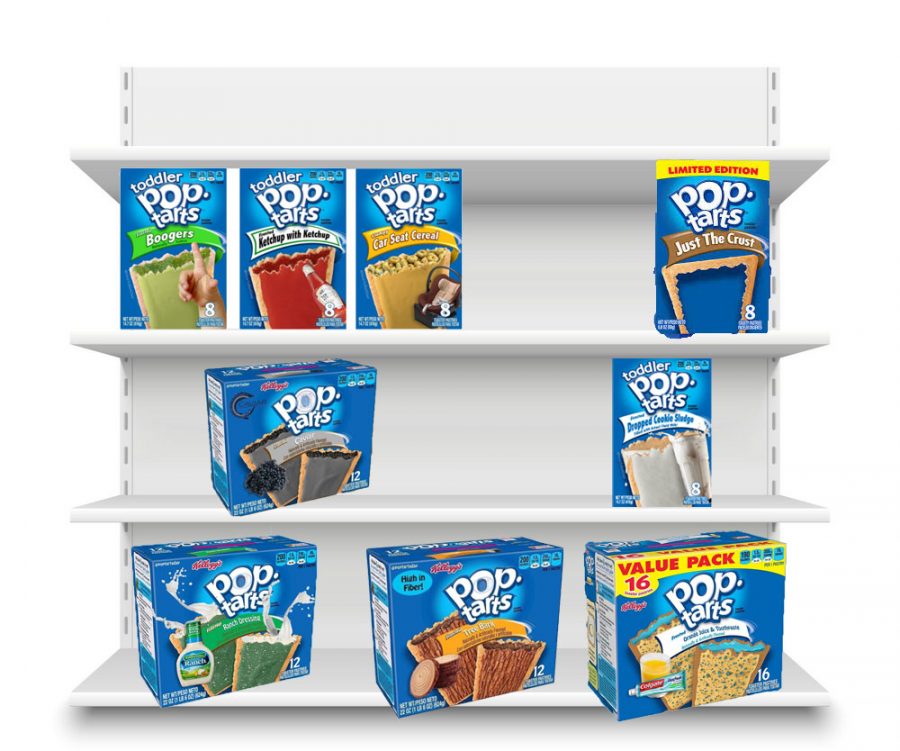 One of the most delicious parts of the morning or, for some, their day, is a wonderful, sugary, and delectable Pop Tart. With over thirty different flavors, the Pop Tart brand has been around and loved since 1967. However there are many odd things about these loved treats that many people don’t know. What secrets do these treats hold that we don’t know about?

To start, Pop Tarts weren’t originally named Pop Tarts. The first name they went by was actually “Fruit Scone”. It was later changed when Pop Art became big. In the beginning, there were only four flavors. Customers could buy brown sugar cinnamon, strawberry, blueberry, and apple currant. Of course as things grew, flavors would soon diverse. In a weird twist of events,their success lead to them running out of Pop Tarts in 1964. They sent out a formal letter with a picture attached that said “ Oops! We Goofed. ” Another odd fact about how things used to be is that they were always eaten sideways. People would cut them diagonally and eat them with the flavored inside already warm and exposed. Pop Tarts would continue growing into the company they are today.

The company we all know now sells billions of Pop Tarts a year now. Frosted Strawberry and Frosted Brown Sugar Cinnamon are the two top sellers as of right now, but new flavors are always just around the corner. It was recently released that in December of 2019, Kellog will release new flavors of pretzel Pop Tarts.

“As we previously reported, the snacks will feature a salty and crispy pretzel crust and will come in two different flavors: Chocolate and Cinnamon Sugar. When they come to grocery store shelves next year, you’ll be able to pick them up for about $3.49” (Delish.com)

“This sounds like something I didn’t know I needed till just now. Since it’s salty, I’d rather have the chocolate one”, Mr. Peace graciously commented.

So for a snack that was inspired by a refrigerated dog food, Pop Tarts have become a giant piece of American’s daily snacking routine. From the old Fruit Scones all the way to the upcoming pretzel Pop Tarts, these snacks will continue to fill the shelves of stores everywhere.