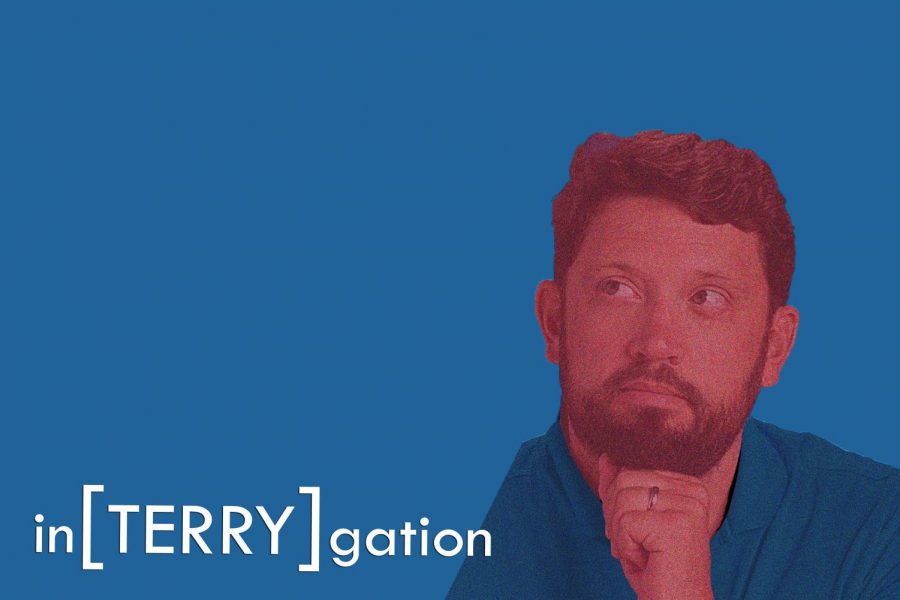 After massive amounts of  research and countless hours of labor, Makaela Patten and Shane Morehead have completed the official General Journal time machine. This beast of a machine, complete with a stainless steel exterior and five cupholders, was built for one purpose; to travel back in time to September 24th, 2019 and interview Coach Terry. The result was the tenth edition of inTerrygation, in which the famed basketball and tennis coach discusses hot topics such as reincarnation, Rick Davis, and communism.

Shane Morehead: What is your greatest fear?

Kevin Terry: The fact I don’t have any fears really scares me.

Makaela Patten: If you weren’t a teacher, where would you work?

KT: Probably at NASA, in their film department.

KT: Well… I’d say mostly bad thoughts. If humans were better though maybe it would work.

MP: Which historical figure would you say you identify with the most?

KT: The thirteenth guy following Jesus around. Just a little late to the party.

KT: Insta-chat, I don’t look at Snap-gram that much. Fritter is fun.

KT: Those people that tightrope walk between buildings, if I could notice one of them falling, catch them, get landed on, then die. Crushed by a tightrope walker basically.

SM: What would you come back as?

KT: A pigeon in times square.

KT: Good reuben. If hotdogs are sandwiches, I might have to reconsider.

MP: Have you ever been upside down. Why?

KT: Many times. Trampoline backflips and frontflips. A Batman back straightening machine(not cool).

KT: Super soft, lightweight, light grey, short sleeved, something Japanese on it(don’t know what it means, but make up that it means french fries).

SM: Are you coming to my birthday party? If so, please RSVP.

KT: Oh okay. So it won’t be weird? Actually… I think I have a thing that day*.

MP: Who is your go-to lawyer for sticky legal situations?

SM: Do you think [REDACTED] murdered those men?