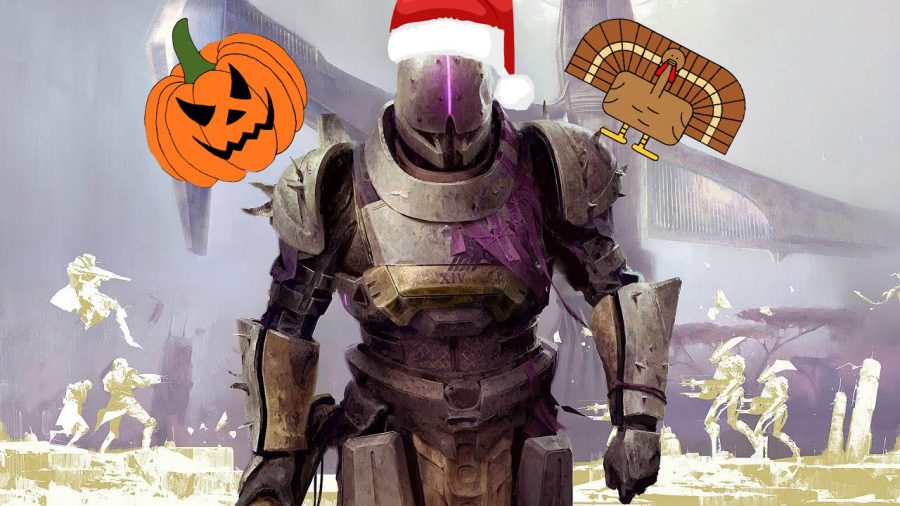 On December 10, 2019 Bungie released it’s newest content drop for Destiny 2. “Season of the Dawn” is the newest content for Destiny 2 players and it adds more story for the planet Mercury and its “Infinite Forest.” There was a whole DLC about the Infinite Forest, Mercury, a God like Guardian who can travel through time, a time robot who could wipe anyone from the forest, a very fun raid, and weapons, lots and lots of weapons. This DLC was okay at best, it wasn’t anything to rave about but it was good.

Backing up to the new season, this time the god like guardian named Osiris has come back to inform us Guardians about how the defeat of a Vex Mind, which is way too much to talk about lore wise, changed the way the forest works. It resurrected Saint XIV, “the greatest titan who ever lived,” and the Guardians go to save him. Osiris created a sundial to try and resurrect his friend, and this very sundial is a seasonal activity, in which guardians defend it from the Cabal in an all new six player matchmade activity.

The new activity takes place in different areas of time that the guardians have to defend to stop the Cabal from rewriting the “Red War,” which was the first campaign of Destiny 2. The gameplay is the same like “The Menagerie” from Season of Opulence. There are also new seasonal weapons with different perks and new “ritual” weapons, which are activity weapons that are powerful in their own right. There are also quality of life changes and new subclass changes for the guardians solar subclasses. The new “Season Pass” has new armor, weapons, planetary materials, and exotics to get.

The season just came out (as of December 11, 2019), and there are still time gated quests, events and possibly more for the community to find. Each season lasts around three months so Bungie may even add more as the season progresses. The only thing players can do now is wait for the next weekly reset to occur and scatter around and see if newer content is out.