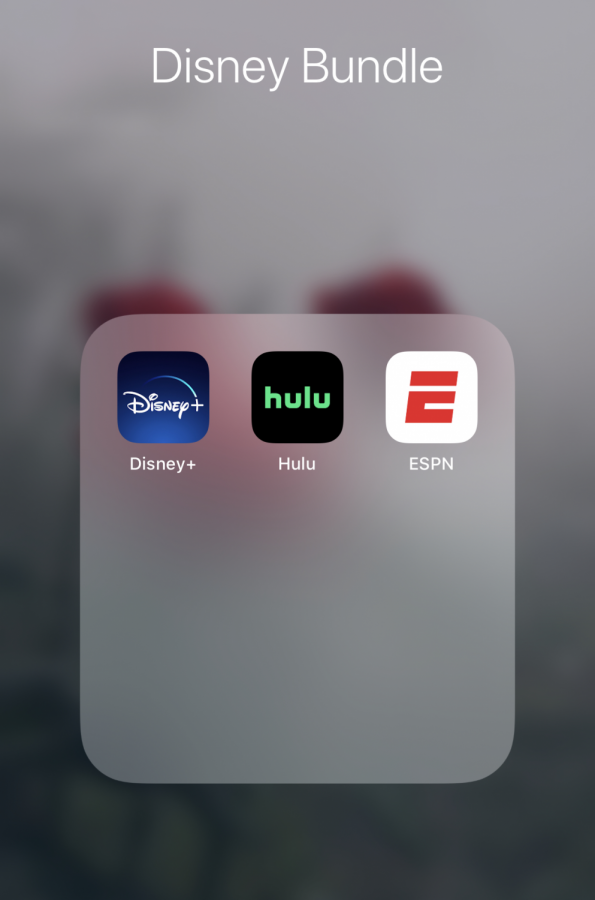 Disney+ came out on November 12, 2019, and many people are already thinking it can’t get better. That’s not too hard to imagine—Disney+ on its own is $6.99 a month, which is a very small price, considering it holds a vast majority of Disney/Disney-owned shows and movies. There aren’t any ads either, so anyone can watch as many shows or movies as they want without getting interrupted. However, what those people don’t know is that Disney+ already has another great deal that can make the experience even better.

Hulu on its own costs around $5.99-11.99 per month and ESPN+ costs $4.99 a month. Getting the three of those services separately, at the cheapest, would be around $17.97 every month. However, luckily for those who want the three services but don’t want to spend as much, Disney, Hulu, and ESPN teamed up and made the Disney Bundle.

The Disney Bundle comes in at $12.99 a month, which is a crazy good deal and costs about the same amount as Netflix’s cheapest offer and much less than Youtube TV’s $49.99 per month offer. Although, just because it is a good deal, it doesn’t mean it is without its faults.

The version of Hulu that comes with the Disney Bundle is the cheapest version, which means it does come with ads. If you’re fine with that, the Disney Bundle is practically perfect, but most people don’t like watching ads on a streaming service. There is a way around that, though, if you’re willing to pay a little extra cash.

If you were to buy the Hulu (No Ads) service for $12 and then sign up with the same e-mail address for the Disney Bundle, Disney will drop the $6 that comes from the version of Hulu it uses. The end cost will end up being about $19 a month, seven dollars more than usual, but at least you wouldn’t have to watch any ads. The same thing can be said for Hulu + Live TV. You would go through the same process and your end total would be around $52 a month. Despite that seeming like a lot, it is actually $5 less than what it would cost to subscribe to all three services separately.

All in all, if you’re looking for a new streaming service, you might want to look into the Disney Bundle. There aren’t many faults, and you get to have three streaming services for the price of Netflix.