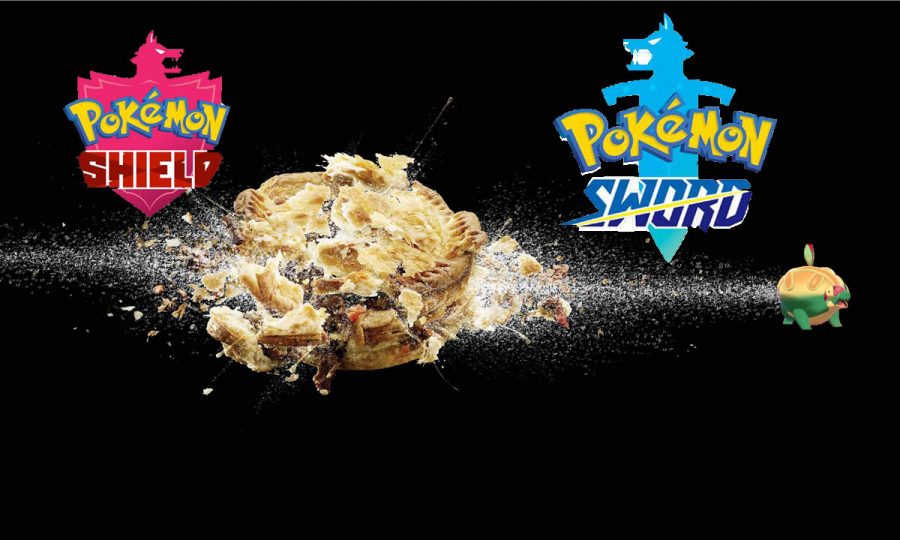 Pokemon Sword and Shield are the two newest games in the Pokemon lineup. They were released on November 15th, and they were the first generation of Pokemon games released for the Nintendo Switch console. I bought the game on the first Friday after it was released and once it downloaded immediately started playing it. Right from the beginning, it was cool to see the new kind of style this new game was going for by turning the gym battles into more of a competition and it even introduces you to the champion right from the start of the game and he is the one who gives you your first Pokemon. I chose the grass type starter Pokemon Grookey and I immediately loved his design and also moves that he starts out with and since then what his evolutions are and the move set he has gotten while I have been working my way through the game. Anyway, right after you pick your Pokemon, in typical Pokemon game fashion, you battle your rival Hop who is easily beaten because of the type advantage that the game gives you which I was a little disappointed with because it takes away from the challenge that some of the other games cause you to have to fight through from the beginning with your rival.

There are lots of cool new features of the game that you get to experience. Instead of the normal Pokemon encounter system that was in previous games, I was actually able to see the Pokemon walking around in the grass, and they had different aggression types. For example, some of the Pokemon walking around will ignore you, some will run away from you, and some will even attack you. There was also a new large, open space called the “Wild Area” introduced in this game, and it is cool because different areas have Pokemon of lower or higher levels, which adds an interesting depth to the game that you don’t have with other generations. Gym leader battles are also kind of interesting in this game because you can’t leave the gym once you start the challenge which wasn’t a thing I liked that much because it makes you have to plan to have enough potions and revives before you do your challenge. The cast of gym leaders are pretty interesting, you have the cool gym leaders like Nessa the water type leader, Bea the fighting type leader, and Gordie the rock type. There are also some more down to Earth helpful gym leaders like Milo the Grass type leader, Kabu the Fire type leader, and Raihan the Dragon type leader. Some of the gyms also had cool ways to get to the leaders like in the fighting type gym it’s modeled after a roller coaster that you have to maneuver around the gym.

The new Pokemon additions are also very interesting with Pokemon like Applin who is literally an apple that evolves into a larger apple and then into an apple pie Pokemon. Or others like Yamper who is the electric dog Pokemon and there are also classic Pokemon like Snorlax and Pikachu which really made me feel nostalgic for the older games that I’ve grown up playing.

So for my review I would probably end up giving the game a 9/10 in total because I overall love the game, but there were just a few small things about it, like the game-specific Pokemon that are so hard to get, that made me not give a 10/10. Still, I would completely recommend buying the game, but you should be sure to do your research on which version you are buying.