A Musician To Be 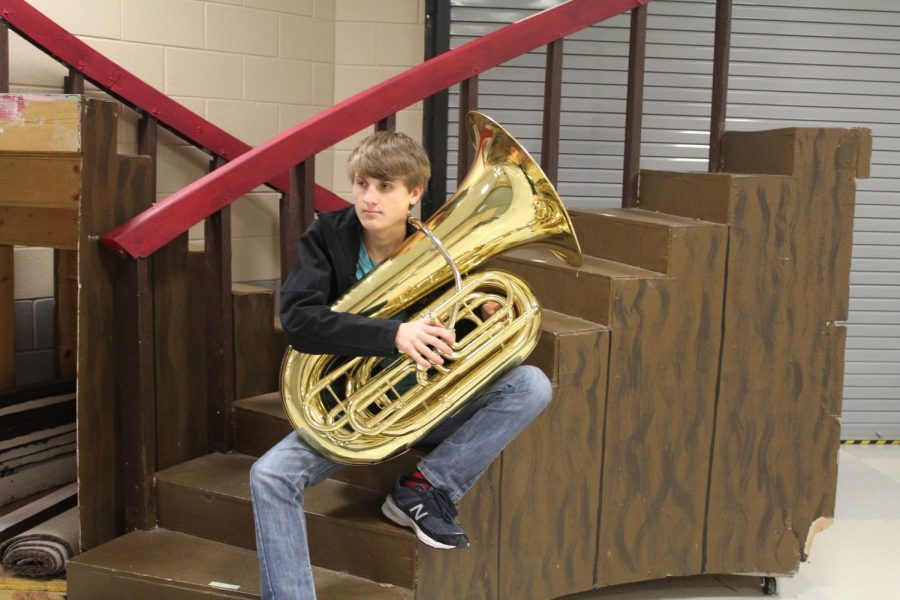 Music is something everyone knows. Some want their whole career to involve music, especially young musicians like Heritage High School Senior Noah Pennington. As I talked with Noah, I began to understand his passion for music.

I began to wonder who Noah Pennington was and what he was all about. Lucky for me, I was able to sit down with him and find out that Noah is really into music: all types of music, actually. He also likes to play video games with friends and hang out with his girlfriend.

I then took a trip to the past because everything about someone has to be formed from something, so I asked Noah whether or not he’d want to go back to a time in his life. His response shocked me: “elementary school,” he said.

I questioned why he would choose that time. I didn’t expect this response; I expected something that would change the way things were. However, Noah said he was very happy with himself, because it was just a good point in his life.
My next question was if he could change one moment what would that be and why. Everyone wants to change a moment in their life, and while most of the time it has to do with relationships, this wasn’t the case for Noah. Procrastination was the big change. Noah has always had an issue with procrastination, whether it be at school or in public. School was the big one though, due to laziness.

The big question for Noah was what he thought about having Journalism on his schedule. Noah was glad to have this class because he could finally write, another hobby of his.

“Where would you take a one-month vacation?” People love vacations, especially to the beach, so I asked Noah where he would vacation. His response was heart-touching. As long as his girlfriend is there, Noah doesn’t care where he goes.

In order to find out what’s the best thing about Heritage, I asked Noah what he liked about the school. I expected him to say the food or something of that sort, but instead I got a surprising answer: the trust the school gives its students is more than an average school, and Noah is very appreciative of the liberties given.

Along with knowing what Noah liked about the school, I wanted to know what Noah could change about the school if he had the chance. Noah replied with nothing, not the average response. With success comes supporters, family and friends. I was curious to know who supported him. Siblings are one of the highest supporters. for instance. Noah has one brother and is the oldest child. Noah doesn’t have any family outside of Georgia.

I also asked what Noah wants his career to be. He said, “anything to deal with music,” because he has always had a passion for music, and he wants to do it for the rest of his life.

Noah Pennington already has the characteristics of a great musician; now he just needs to start his career.