The One Memory That Continues To Escape Your Conscious Mind 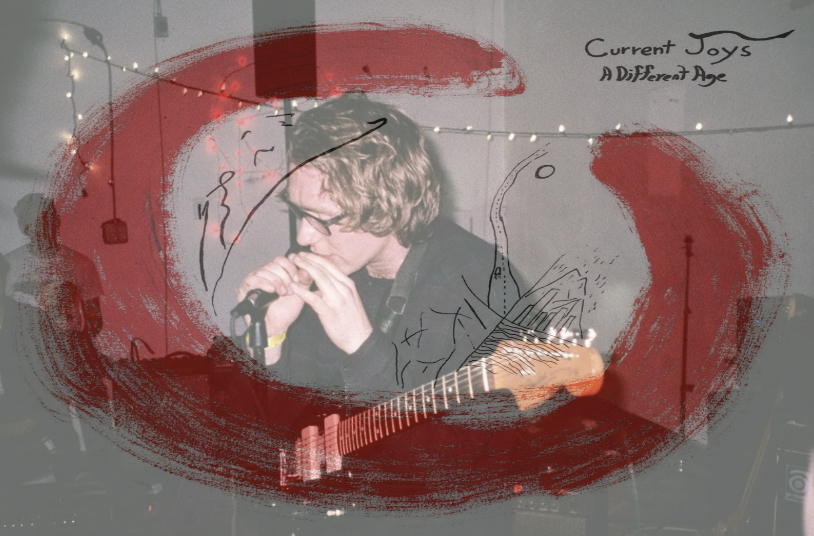 Nicholas Rattigan, who was born on August 6th, 1992, is an American singer-songwriter, multi-instrumentalist, vocalist, journalist, and music video director. Rattigan is from Reno, Nevada, and he currently releases music under the title Current Joys. Along with Current Joys, he is a drummer and lead singer for the band Surf Curse.

Nicholas Rattigan grew up listening to The Beatles, even before birth. He continued listening to this style of music until roughly nine years old. After that age, he broadened his horizons to punk-rock type music, ranging from Slipknot, Violent Femmes, and Sonic Youth. Rattigan explained in another interview that around fourteen, he was just trying to be cool. These albums and songs made him feel cool, and he liked that feeling.

Fast forwarding a small bit to his project’s title: personally, I think Current Joys doesn’t really match the style of music in “A Different Age” (2018). Most music by Rattigan makes me feel nostalgic, like I am reliving a memory that I never actually had. According to Rattigan himself, the name is from a song by Liam The Younger, and it’s a poem with meaning, unlike a lot of current songs. He thought of the name “Current Joys” after hearing the following line: “I’m glad I know I had it good, so when I’m old and sad / I can say I understood it was easy being free.”

While doing research on the album before listening, I came across an interview that Rattigan had recently been involved in. One question that was asked really caught my attention, because it’s perfect for this article: “What do you want to say to the large amount of people about to listen to your album?” To this, Nicholas answered:

“It’s very long and very slow and I hope you make it through the whole thing but I won’t hate you if you don’t. It’s a test of patience. It’s kind of like how I was describing watching a Chantal Akerman movie . . .  if you watch it with your phone out or at home when you have friends over, you’re not going to watch it. I think the ideal setting is you either watch the videos on a TV screen or something and really invest in it, or listen to it with some headphones and go on a walk or close your eyes and treat it as a 45-minute guided meditation.”

The last part of this quote makes a lot of sense to me; You don’t always think of a singer-songwriter discussing something like meditation, considering they’re always go, go, go. One imagines that not many of them take a lot of time for themselves, but Nicholas Rattigan is very different from most singer-songwriters. He takes a lot of time for himself, due to his strong beliefs about mental health and anxiety. He has struggled with mental health and anxiety issues before, and he says that music is a large part of recovery every time things get rough. Rather than using it as a distraction, he uses his music to help him work through some of his issues. When asked how he deals with panic attacks, he explains that he listens to This Mortal Coil’s cover of Big Star’s “Kangaroo.”

Current Joy’s music makes me feel very nostalgic: sometimes the happy kind and sometimes the sad kind. “A Different Age” makes me feel like the main character in an indie teenage, coming-of-age film. The songs make me feel like taking a day off just to work on myself, grow, and possibly even try out new (chill) hobbies, like painting with watercolors. “No Words” is exactly how it sounds: no words. However, the track still gives you this feeling as if you’re closing your eyes and reliving every fond memory you have of life. Though every track is relatable, “A Different Age” is the most relatable, in my opinion. The opening line is “Oh, you don’t know me ’cause I’m from a different age,” which I imagine speaks to multiple people in different ways. For me, that line means quite literally what it says; I feel that sometimes I am from a different period of time, because I feel like I think differently than a large sum of people my age. To someone else, that may mean that they feel more or less mature than others around them or than someone specific.

Musically speaking, “Fear” is one of my favorites from the album. It’s slightly more upbeat than the others, but it still remains very mellow, while also giving me the same vibes as “New Flesh,” another song by Rattigan. While listening to that “Fear,” I can imagine riding off into an orange sunset on a flat, long Arizona road, most definitely in a red 1983 Fiat Pininfarina.

Elaborating more on similarities throughout the course of the album, the word “rain” is mentioned in every song at least once. Nick explains that this is because of the theme of the album itself: i.e. “You never know when it’s going to rain.” He discusses with the interviewer that because you never know, you just have to keep going and get through it for the sunny parts of life. Another theme he mentions is that the things we go through become a part of us, even if they’re extremely tragic or filled with anxiety. They become a part of our story, and the end result is very beautiful. Digitally speaking, the video for this album is very unique (like its tracks), and it is full of cinematic elements. He says that this is due to the influence of his favorite directors, Rainer Werner Fassbinder and the aforementioned Chantal Akerman.

Although nearly all of the songs sound similar, none of them give you the same feeling twice. There are a few songs that make you feel like you’re missing something dear to you, and there are also a few that put you in a really good mood. Sometimes the feelings you get from this album are somewhat indescribable, like that feeling of reminiscing, just not knowing what you’re reminiscing about. Though those are my feelings, Nick Rattigan states (after watching one of Fassbinder’s movies), “there’s all these melodramas about relationships or life and death or these sad stories that are told so colorfully and beautifully… and that was exactly how I wanted this album to feel, this melancholic story, but it’s painted really beautifully and has a texture to it,” which is extremely accurate

Overall, this is now one of my favorite albums. It meshes with my personality very easily, and the music just makes me feel spontaneous. This album reminds me that mistakes are okay, and being proud of yourself for getting past those mistakes is also okay.