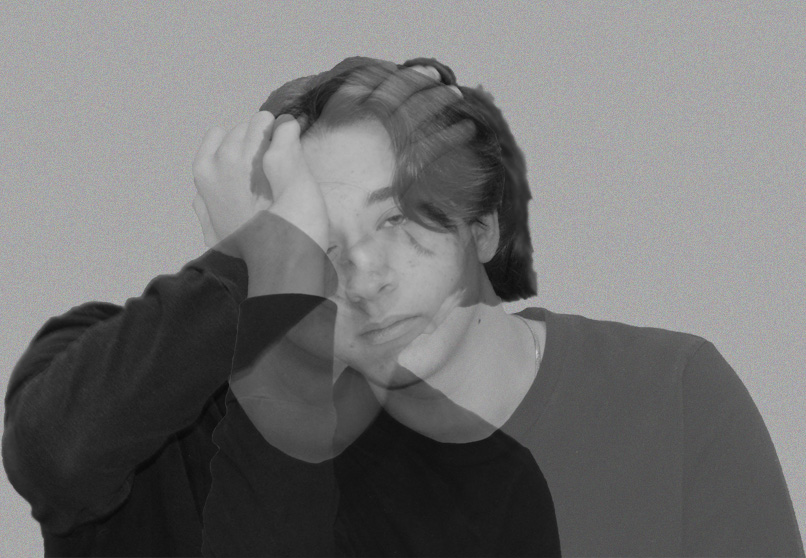 On September 7, 2018, the 26-year-old singer, rapper, producer, and songwriter Mac Miller  passed away. His last album, “Circles,” a follow-up to the “Swimming” album released a month before his unexpected death, was recently, posthumously released on January 17, 2020. Jon Brion, producer and songwriter, worked on “Circles” alongside Mac and finished the album after Mac’s passing.

The album title “Circles” comes from the final song on his album “Swimming,” “So It Goes.” In that song, Mac sings, “My God, it go on and on / Just like a circle, I go back to where I’m from.” What I got from this line is that he never feels like he’s progressing on a path but more that he’s in a repeat of the way he feels, a feeling which he talks about in depth on“Circles.”

The opening track is the title track and begins with Mac singing in a gravelly voice with a calm but very bass-heavy beat behind it with piano, guitar, and some light drums. This track is my second favorite on the album because of how calming it is and the way he sings the melodies.

“Blue World” is the next track, and it is my personal least favorite, but in this song Mac indulges his rap side with simple flows that are melodic at the same time. “Good News” is another song where Mac sings quietly and slowly about wanting things to be easier. He sings, “I’m running out of gas, hardly anything left / Hope I make it home from work / Well, so tired of being so tired.” After his passing, these lyrics are very upsetting and almost creepy because it sounds as if he knows his time might be coming short. “Good News” was the first and only single to be released before the album on Thursday, January 9th.

“Everybody,” a cover of psychedelic rock band Love’s “Everybody’s Gotta Live,” is my top favorite of this album because of the production of the song. It includes very “boom-bappy” drums with a simple, fun bounce, a soft piano, a bass line, and Mac singing back-up layering the piano chords. I feel as if this song is trying to show how Mac feels or seems to other people. The basis of the song sounds very up-beat and happy, but when you listen to the lyrics, there’s a much deeper meaning and tone to his words. “Everybody’s gotta live, everybody’s gotta die / Everybody’s gonna try to have a good, good time / I think you know the reason why. This lyric means to me that he feels like he might not live forever and that unfortunate time could be soon, and he realizes that and knows that he needs to make the most of things.

After “Everybody” comes “Woods,” which shows a more R&B-style beat with Mac rapping with a choppy flow over it. Judging from the lyrics, this song is a sort-of love song. Mac raps, “Yeah, I’m never going through the motions /  I’m just tryna lay your body down slowly / We can only go up, We can only go up / Do I, do I, do I love? Can I, can I, can I get enough?” To me, this is him explaining that he might not have enough time to show his certain someone that he cares for them deeply.

“Hand Me Downs,” the eighth song on the album, features rapper and singer-songwriter Baro. The instrumental to this song feels very connected to the singers and goes with their feelings very well. The synth/whistle and rhodes piano in the back give a calming, full feeling that meshes with their voices perfectly, along with the simple drum pattern.

The next track “That’s on Me” includes a somewhat Western sound at some points with guitar bends and finger picking melodies, as well as a bassline that gives you Red Hot Chili Peppers vibes, especially at the halfway mark when the guitar chords, piano, drums, and bass have more room to breath. This song might not be my favorite out of the album, but the production of this one definitely is.

The album’s closing song “Once A Day” is a very mellow song with textures like shakers and other sounds, but it’s a very simple song all together with only a few synths and a bass. Mac sings over the song with that same gravelly voice from the beginning, but it is very comforting, which is what other fans think of this song as. The comments on the audio of this song show many people saying how they could feel Mac comforting them through that song.

Throughout this album, you can feel the sadness that Mac had while recording this album, but there’s also a feeling of happiness, which shows that he was struggling to get better. “Circles” shows Mac’s struggle with depression and daily struggles with life but there’s still that feeling of hope and optimism, knowing that he can get through it

Overall this album is one of the most meaningful and well-produced albums I’ve listened to in a while. The upbeat but melancholy singing and instrumentals really shine in this album and show all the emotions that he was feeling at that time. There is little to nothing to criticize about this album because of how much I enjoyed it. The only thing that I would point out would be the songs cutting off abruptly, but that’s most likely because of his passing and how he, sadly, wasn’t finished with the album. R.I.P. Mac Miller.