The reconstruction that has felt like a decade is finally coming to an end. 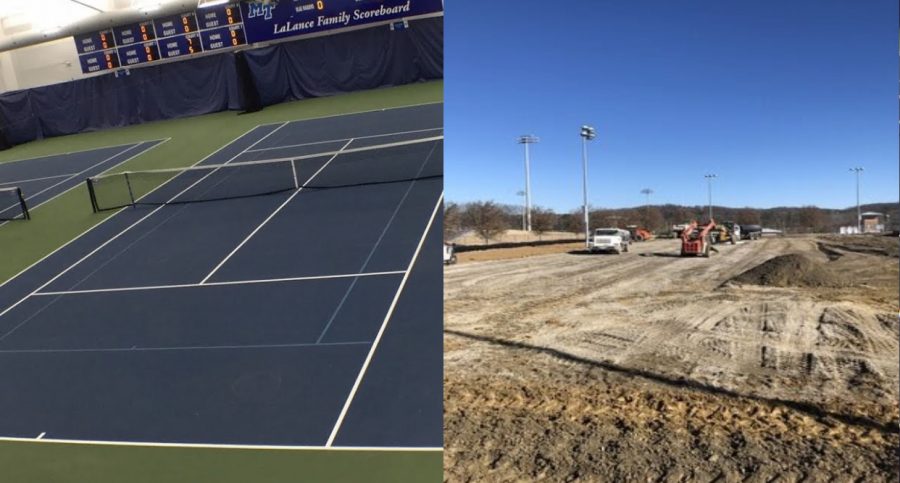 Everything needs an update every now and then (or, more specifically, every twelve years or so), and the Heritage High School tennis courts are no exception. Though the reconstruction officially started on November 11th, 2019, there was talk of it for nearly a whole year before construction started. Coach Schexnaildre explained that the courts “were in deteriorating condition; last year we couldn’t even host any events past the beginning of the season, and we had to play at Dalton’s courts due to that.” By “deteriorating conditions,” he means the various cracks that were in the foundation of the concrete itself. This wasn’t the only problem: its original construction was done less than adequately and it was very uneven when walking around. Such conditions could obviously lead to easy injury with increased activity.

To add to this, since it was uneven, any water would congregate in the middle of the tennis court during rain. The rain stayed until it eventually evaporated. Not only was this annoying, but it frequently got in the way of those on the courts. The build-up of rain water was caused by poor drainage areas; whereas a regular outdoor court has areas that dip down to allow water drainage, this one did not.

While more than four months seems like an excessive amount of time to be working on something so small, reconstructing the courts is actually a very intricate job that requires a lot of patience. For example, upon the first week of construction, multiple water leaks were discovered. Before moving on, those needed to be fixed to prevent a waste of water, which ultimately leads to a waste of money. Along with this, there was a small accident leading to a severed electrical pipe, which, again, was not an quick and easy fix. Along with these obstacles, the weather was no help. Though T&A Construction works through many conditions, the court itself needed to be isolated because of the loose dirt, gravel, etc. If it had gotten muddy, that would’ve slowed the process even more.

According to Coach Schexnaildre, the look of the new courts will be similar to the colors of UTC’s courts. As far as we know, the plan is to have a navy blue base. It will also be much more leveled out, along with more areas that allow water drainage.

Even though it seems like the process has lasted ten years, if everything else goes as planned, construction should be finished in mid-to-late March. This is roughly two months longer than the original estimation (January 12th), but it shouldn’t be too long before we’re all back on the (new and better) courts.