Can you hear that? It sounds like a million phones vibrating in the distance. 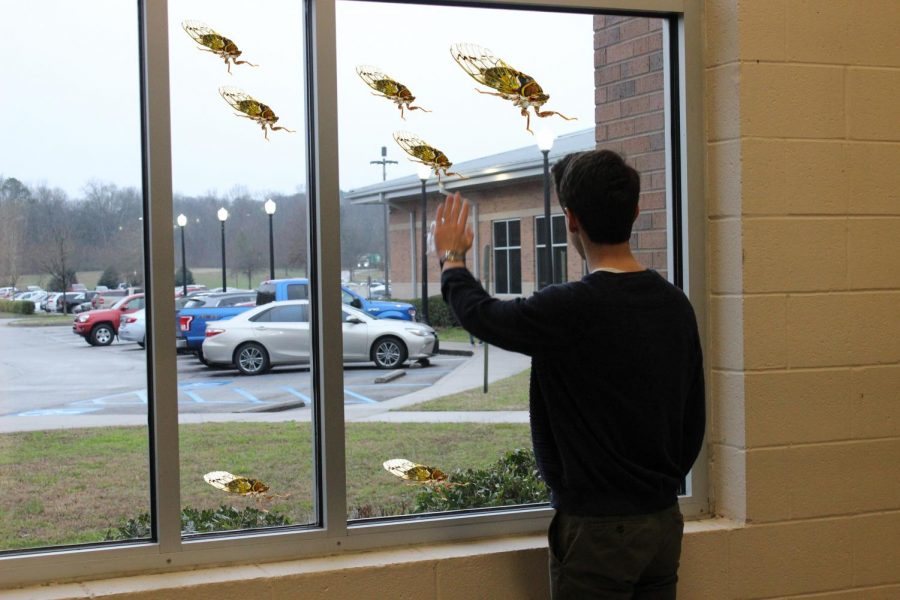 This year is the year when the X10 cicada broods, which hatch every 17 years, will hit mainly north Georgia and Tennessee. You may be asking yourself why that matters, like, at all. Well, I’ll tell you why: it means that this summer is going to be scary! Cicada broods emerge once every 17 or 13 years depending on the brood; some, however, are not on a brood cycle and just emerge randomly, which you have probably seen before. It must be noted that cicadas are not harmful to humans. They do not bite, scratch, or sting; they just fly around searching for a mate. X10 is the biggest brood in the world by geographic extent. Historically, many of these are just late hatches to 13 year broods that for some reason joined the 17-year cicadas.

The process for cicada hatching is pretty interesting, actually. They live underground for 13 or 17 years, depending on the brood. They are in eggs that are laid underground, and after a few months underground, they hatch into larvae and spend 17 years eating on roots of trees and small insects they find. The whole brood spans over hundreds of miles, all with the same clock ticking in them. As soon as the 17 years end, they get ready for summer. As soon as summer begins, they emerge from the ground where they go to a tree and shed their skin and use their wings. Everyone has seen the empty shell that they leave behind on your porch or a tree outside or just random places they decide to shed.

Once they have shed their shell, the cicadas fly around eating trees, shrubs, and anything green they can eat. This is awful for farmers, as they destroy crops by eating almost everything and only leaving bits and pieces. Once they have eaten, they begin to “sing,” which just sounds like a bee buzzing really loud. (It’s really annoying.) Almost everyone who has grown up around here has heard the awful buzzing of cicadas. The males are the only ones who can make this sound, so they usually go to a food source, like a farmer’s apple tree, where they wait for a mate and eat almost everything on the tree, leaving just the branches. They then lay their eggs underground near the tree and die. My suggestion is to not use power tools outside during the summer, as that will attract several cicadas that might swarm you thinking that you are a male cicada calling for them. They don’t even live that long: most cicadas die after 2 months, and some don’t even last past one day. There isn’t really anything you can do to prevent cicadas from visiting your house, so try and just ignore them. They won’t be around for long . . . hopefully.