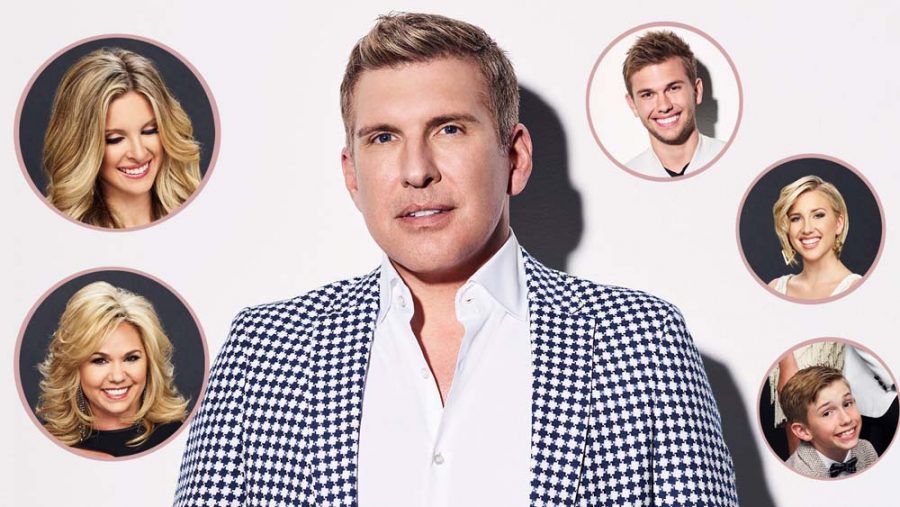 Chrisley Knows Best is a reality show based around multimillionaire Todd Chrisley. Todd has worked as a real estate agent previously to start the show, which is how he gained his fortune. He has five kids, two of which were born from his first wife. Many people do not know this, but Todd Chrisley was married to Teresa Terry before marrying his current wife Julie Chrisley. While married to Terry, they had Lindsie and Kyle Chrisley. In 1996, Todd and Terry divorced.

Lindsie, his oldest daughter, decided in 2012 that she was going to get eloped. This was to her father’s dismay, who had wishes to give his first-born daughter a wedding. Currently, Lindsie and her father are not in good terms. Her husband, Will Campbell, has not really attempted to have a relationship with her father, and this has caused a rift between the two. Kyle, his second-born child, was seen in the show during the first season, but has not been seen since then. Kyle did, however, give his father his first grand-daughter, Chloe. Todd currently has full custody of Chloe, given the fact that Kyle had fallen into drug addiction. The same year as his divorce to Terry, he married Julie, and they had their first child, Chase Chrisley. Chase was seventeen at the beginning of the show, and he is currently twenty-three years old. He likes to be very independent, which his father strongly opposes. He is quick-witted, although he may not be the best student. Roughly a year after Chase was born, Julie gave birth to their second child Savannah. Savannah is known for being an awful driver, and a pageant contestant. In 2016, Savannah was crowned Miss Tennessee USA. In 2006, their youngest child, Grayson, was born. Being so much younger than Savannah and Chase, he is able to get away with many things. This family is very dysfunctional, and they disagree with each other very often. However, at the end of the day, they never fail to express their love for each other.