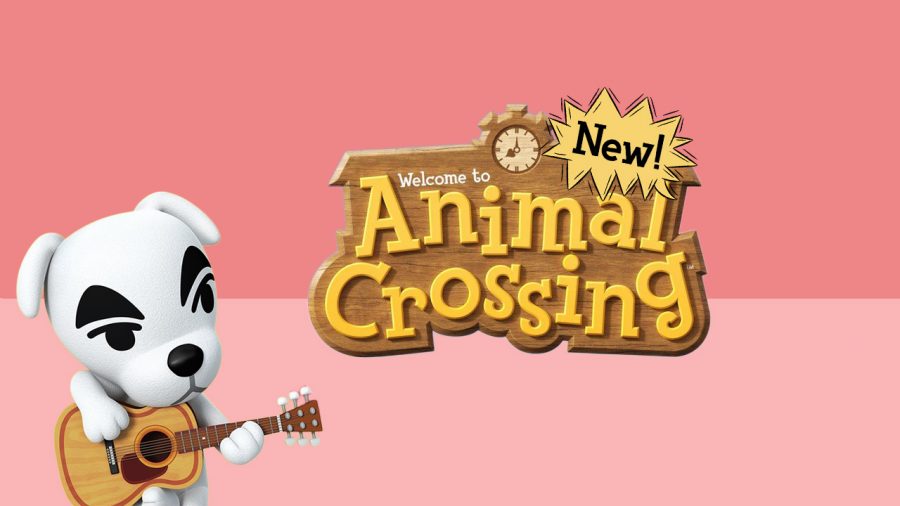 July 16th, the first trailer dropped to a continuation of the best game series ever made, Animal Crossing. E3 the popular video game conference to show off the new games went extatic for the news that Animal Crossing was finally getting a new game, and Nintendo would have another bestseller under their belt for their basically new console. What is the title of the game that everyone is talking about, you may ask? Oh, just a game called ”Animal Crossing Wild World” for the DS. Since we are all in quarantine I heard everyone talking about it, so this review is for you guys!

Now I’ll be honest: the predecessor, “Animal Crossing”  for the GameCube wasn’t all that great, or even the first version of it called Animal Forest only released in Japan two years before America got what we call Animal Crossing. The DS launch was sad, since most games were also on GameCube and still playable, except Animal Crossing Wild World. None of the games that were released with the DS can compare with this game and pushed the GameCubes puny limitations. As soon as you slide that bad boy into your DS, you hear Tom Nook saying “Nintendo”. What a power move. BOOM! All the good characters are back for this sequel, and the graphics just blow the first games out of the water. I think this game is such a good game, Nintendo, what a game you made. I’m sure this is the best game for the DS. One of the best characters; Kapp’n drives you in a car to your village. Usually KApp’n drives you in a boat. His name is Kapp’n, and he’s driving a car! That isn’t even the best part by a long shot. You get a loan from Tom Nook right off the bat, and you get to work in the shop for him! Just make sure to show up in your uniform, or he will get mad at you! This game just came out, but it already won game of the year. I don’t even know how many times. In the museum every Saturday night a special celebrity plays a special song, can you guess who it is? No? Here let me give you a hint: It’s K.K. Slider, the best dog in the world! He has 4 paws yet he sings and plays the guitar better than that Justin Beiber kid. What a year to be alive for gaming. Day to day life consists of basically living your best life, like a retired old man. You go clothes shopping, shopping for house interiors, gardening flowers exclusively, making sure all your villagers are happy (which are all different species and colors of animals, what a cool concept.) chopping down trees, playing in the snow during real time winter since it uses your DS clock to give you day and night cycles and weather cycles, fishing, bug catching and so much more. What a game.

So when you first start you choose your name, the name of your island and then the gender of your character. There isn’t a customization menu, but you can change your outfits! You then meet all the main characters, Tom Nook the local shop owner and loan shark, the mayor Tortimer, the mail clerks Phylis and Pelly, the mailman Pete, Blathers the owner of the museum with his two co-workers Celeiste the manager of the observatory and Brewstew. There are several other characters that are special, like a beaver who hosts the fishing tourney and a chameleon who hosts the bug catching tourney. Then there are the special holiday characters, for every major holiday there is a character. There’s a turkey for Thanksgiving, a deer for Christmas and a bunny for easter. 2006 is now one of the biggest years for gaming just because of this release, and now since we are all distanced socially, we can now distance ourselves in Animal Crossing since there is online multiplayer. During all these hard times it is nice to join a friend on their island or vice versa to show your accomplishments like all the fossils, bugs and fish you have caught for certain seasons. Those accomplishments don’t go without a reward. If you catch all the bugs you get a golden net, for all the fish, a golden fishing rod, if you shoot 400 floating presents on balloons with a slingshot you get a golden slingshot and the axe is easier, just be a good villager on the island doing chores for the people who ask. Another character is Joan, she sells turnips for a price that you have to sell in turn for a profit, like the stock market this is called the stalk market. There are so many customizable aspects of this game all the power is in the player. What type of play style is all up to you. You are in control of this island, and that’s what makes this a game that everyone loves. The portability of the DS makes this game even more fun, you can take it everywhere and improve your village slowly but surely. All the villagers have unique designs and personalities as everyone has something they can do that will keep them playing for hours.

Nintendo really outdid themselves with this sequel, a definite best seller for their new console, DS. I can’t wait to see what they do in the following years for the upcoming rumoured console, the “Wii”.  I have barely scratched the surface of this game, if you want to find out more pick up your own copy of the brand new Animal Crossing Wild World for your DS. I rate it 10 Tom Nooks out of 10.