The General Journal • May 26, 2020 • https://hhsgeneraljournal.com/8675/editorials/its-whatever/becoming-a-multi-instrumentalist-poet/ 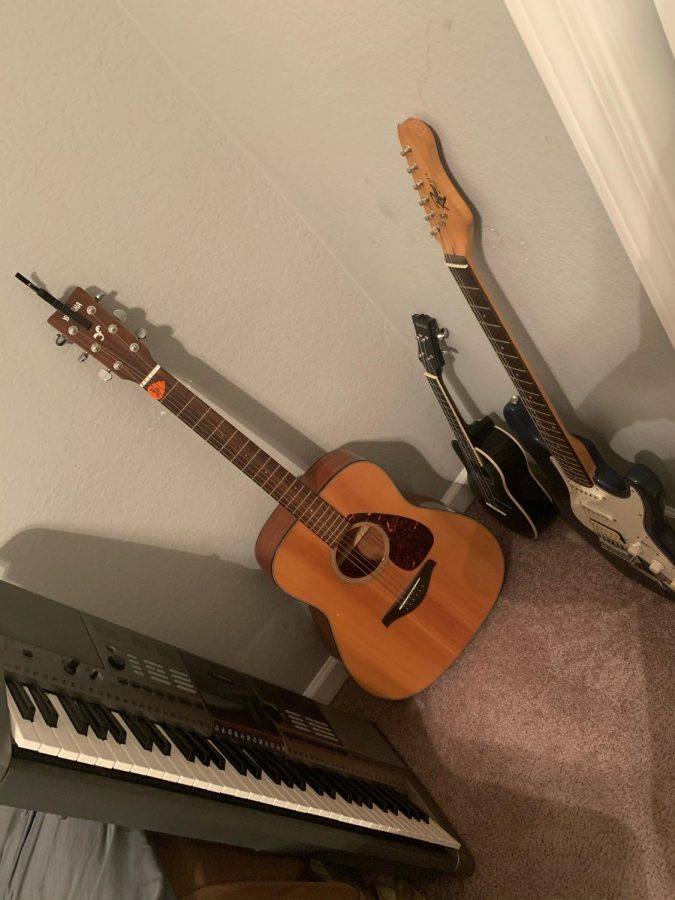 In one of my last articles, I mentioned an app that I downloaded not too long ago. This app is called Spoon, and it has given me a lot of inspiration and relief. Spoon makes it possible to spread your talents and feelings, or you can just talk. So many people on this app are very talented, and I have made many friends.

One of my favorite streamers on Spoon goes live just about every day, and most days, he will do “Late Night Brew” with all of us, which is also known as “Late Night Poetry.” On these streams of his, we get the chance to share our poetry to him and everyone else that is on his stream. Recently, he had gotten an idea from an online friend of his, which was a challenge to give people random topics to write about. At first, I was scared to do this. People call in to the live one at a time to share the poem they have made. I was a little shy when I was new to this app, but now it’s really not so bad. There is a whole family with him in it, and it is called “cBf,” i.e. Coffee Bean Fam. He makes all of us feel very welcomed and comfortable. No one in the family judges, and every poem that I have written, most people have liked. This has encouraged me to write more often and not feel self-conscious about my writing. He also plays the ukulele, and so do several others on this app. Knowing this had inspired and encouraged me to get one.

Another streamer that is one of my favorites on Spoon also streams just about everyday, and he is an amazingly talented musician. He plays several instruments, but mostly the piano and guitar. He lets people call in to his lives to sing or show any other talent that they have. I have called in and performed several times on his streams, and it has made me feel better and not be as nervous to sing for people. This has made it a lot easier for me to express myself, and show the talents that I have. I have been playing the guitar more often ever since I downloaded this app and the quarantine that has been going on. Most of the time that I call in to perform, I will perform my original that I had written with my cousin, by singing and playing my guitar. Performing gives me such happiness and relief.

I have recently been able to express myself and my talents so much more and easier, which has made me so relieved and happy. Since I know so many streamers on Spoon that are so talented, I was very inspired by several of them. I have made very many friendships, and I have been greatly inspired over time by several of these people. So, what I did is I ordered a ukulele from Guitar Center, and I got my keyboard to work. My cousin had also given me her electric guitar. I am about to have four instruments and play them all! I am beyond excited; I can’t wait to see what my future has in tact with all of these things going on!