To Be A Kid In A Man’s Body 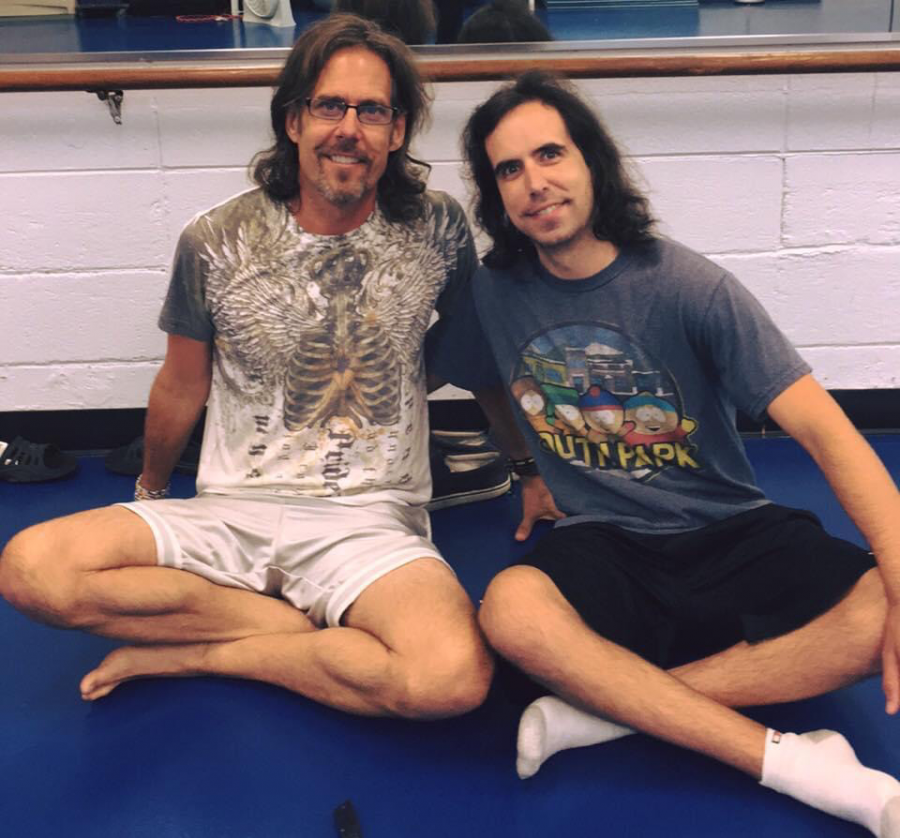 Imagine living your adult life like a 10-year-old kid. To be 35 and still going outside to ride your bike with friends. To spend every day playing video games and eating junk food.

Evan Franklin is a 35-year-old man who lives at home with his dad. I know what you’re thinking, “35 and still living with your parents?” Well, there is a really good explanation for that. Evan suffers from a form of autism that makes it hard for him to learn and make decisions for himself.

His disability changes every aspect of his life. He will never be able to get his license, own a house, start a family, get a full-time job, the list goes on and on. Evan said, “I couldn’t see myself living any other way.”

Being around Evan is like being around a super sweet little kid. He loves to give nicknames and demands to be called stinker. He thinks it’s hilarious. Evan is the kid at school that will make everyone feel welcome.

“How did people at school treat you when you were growing up?” I asked. He responded by saying, “Girls really liked me. I didn’t have a lot of guy friends, but I was always there for the girls.” Obviously, Evan is a ladies man. He never really had any serious girlfriends growing up though. He liked to think of himself as a lifelong friend to them, because he didn’t want to lose anybody over a relationship.

“What was high school like for you?” Evan began to tell me about how high school is really blurry for him. He cannot remember specific details like who his teachers were or what football games were like. He did tell me about his favorite day at school though, which was the Special Olympics. I asked him if he could elaborate on it, and he said, “I participated in the standing long jump, the 400m sprint, and cornhole. At the end of the day when they gave out the medals, I got 1st place gold.” Things like the Special Olympics are what complete Evan’s life. It is what he lives for. A day where he can be #1.

Since high school, Evan has not really done anything else. He mostly spends his days with my dad, helping him take care of our grandmother. He is in charge of giving her all of the medicine she takes in a day, which is around 10 pills. He will help her out of bed and make sure she calls her personal nurse to give her a bath. Without Evan around to to take of my grandma, I don’t think my dad could do it. He watches a lot of TV and plays video games like a normal kid, because that is what Evan is. He is just a kid living in a grown man’s body. When I asked him what his favorite hobbies are, he responded, “I love to ride my Big Wheels,” which is the name he gave his bike, “and I really enjoy hiking with Dad.”

On a daily basis, Evan is in charge of most of the chores: dishes, laundry, trash, and taking care of my grandmother. He finds it rewarding to help those in need. I refer to him as her personal nurse. Evan is also really health conscious. The first thing he does when he wakes up is his workout. He also makes sure he is always eating right and getting enough exercise. The start of his day begins with eating a baked potato. He will then proceed to his workout, which consists of push-ups, squats, crunches and pull-ups. He has 20 pound weights he lifts on certain days. He usually finishes his workout with a bike ride. “There isn’t much to do,” he said, “so staying healthy takes up most of my time.”

I would love for Evan to one day be able to grow up and make an impact on the world, but it is not likely that he will be able to. The best thing for him is to stay exactly where he is and live the life that he is currently living. He makes the most out of every day and loves who he is. He is always happy with himself, and at the end of the day, he is proud of the person he has become.  That is the most important thing, and I wouldn’t want it any other way.