Irony, a move from the North, and monkeys contribute to this movie-loving future director!

Moving 1,000 miles is never easy on a person, and most people dread having to move to a new school. Baley Morehead lived in Salem, Massachusetts for the first few years of his life before moving to our little town of Ringgold. Baley actually considers the move down here to be the defining moment of his life: “I’d be a completely different person if I hadn’t moved down here,” he said. He feels like he wouldn’t have a direction and the motivation to become an actor. Working in film has been a dream Baley has had for about two years, and he has big dreams about winning awards. Baley wanted to become involved with film when he realized it was something he could really get into. He joined Drama class, which has helped him learn how to act. He is inspired by “accomplished filmmakers and the respect that they get.” The main filmmakers he looks up to are Martin Scorsese, Quentin Tarantino, Ari Aster, and Robert Eggers. 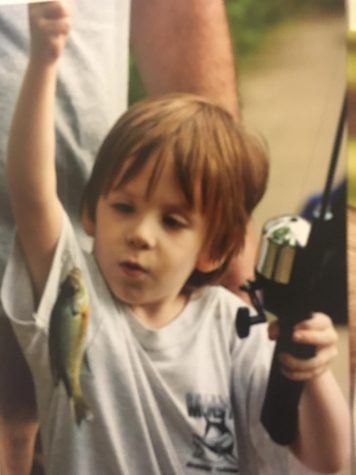 Besides watching movies and enjoying them, Baley has a lot of fun hobbies like playing video games, sitting outside listening to music and hanging out with the animals and friends. His favorite bands and artists are Paramore, Kanye West, The Script, and Florence + The Machine. Baley has several animals: anything from ducks to chickens, he has it, not to mention his tribe of barn cats or his dogs. Playing video games on his PlayStation 4 is his favorite hobby though. He mainly plays “Rainbow Six Siege,” “Uncharted,” “Ghost of Tshumia,” and the Elder Scrolls series. Baley recalls the scariest moment in his life as the plane ride to DisneyWorld. “I thought I was going to die a fiery death or fall into the ocean and drown,” he said.” Ironically, his 5th grade trip to DisneyWorld was his favorite memory growing up. “DisneyWorld was nice. That was a cool experience. There’s not many of those one-time things that I have gotten to do. Most of the good stuff is spread out.” 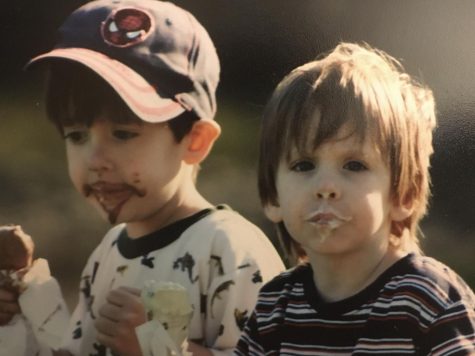 When it comes to film, Baley wants to take this dream out of his head and into the world. After high school his plan is quite simple. “I want to do some college, but I definitely want to travel,” he said. “I want to see some new places.” When asked which countries he’d be most interested in traveling to, he said, to my surprise, “All of them. Every country has something except for Brazil.” Baley Morehead is anything but boring. Most people around here have small dreams of what they want to do, but Baley is dreaming big, and when you dream as big as he does, nine times out of ten those dreams come true. To make sure that this happens Baley wants to start acting in productions and maybe he can meet enough people so he can make a movie of his own.

Baley does have some very good insight on society. “I think we all focus too much on right and wrong,” In terms of people he thinks society is pushing for everyone to be one way, “We hate each other too much, and I think people should try harder to move forward, but they don’t. Their idea of forwards is backwards.” Meaning that when people think they are progressing, they are just pushing society back, causing more problems than fixing them. Most people would agree seeing as the current events and the way our generation is handling it. Baley is an avid user of social media and thinks it’s a great way to connect with people, but of course it has its flaws. “Right now it just creates hate, a lot of hate and negative feelings towards yourself and other people.”

I have known Baley for five years, and within those five years I really have gotten to know how fun-loving and kind he is to everyone. His sense of humor is hilarious, especially his sense of irony and his odd obsession with monkeys. (To be honest though, aren’t we all obsessed with them?) Baley has time and time again shown me his compassion and attention to detail. His sense of humor and attention to detail are skills he’s going to need when he makes it big in Hollywood since the little rinky-dink town he calls home is too small for him when he has a whole world to explore.