Are These Our Avengers?

From a bug-filled game to . . . the best superhero game? 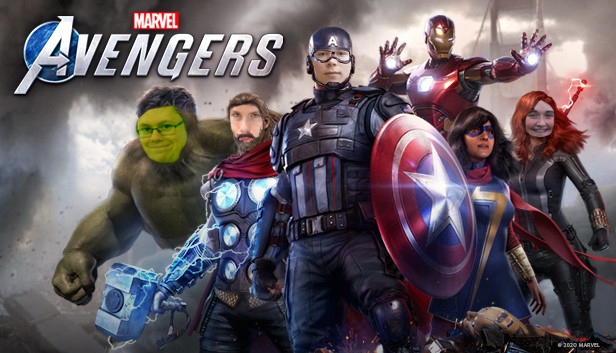 The Avengers have been all over our screens, backpacks, and toys for almost 10 years now, and there’s no sign of them slowing down. Of course, the new Avengers video game isn’t the first video game based around the team of superheroes. For instance, there have been three Lego games, two using voice lines from the actual movies. Square Enix, famous for the Final Fantasy and Just Cause video games decided to throw their hat into the superhero genre. (The Just Cause series is basically a glorified superhero game anyways.)

When the first trailer dropped at E3 2019, it was met with very negative reviews. Everything about it looked so . . .  weird. Maybe we have seen too much of Robert Downey Jr. as our Iron Man, but the game just didn’t look like an Avengers game, with the cool fights, big villains and huge team ready to stop all evil. Square Enix reassured fans that they would work on some of the faces of the characters and add DLC for free down the line. On September 4th, the game was finally released to decent reviews. IGN said in their review that “the campaign is a fun superhero beat-em up that tells a great story.” I agree with that, as the story really plays like a movie near the end. There’s a moment in the game that gave me chills, for instance: as Thor lifts his hammer, he appears, surprising the team as they focus on an army of robots.

Of course, the story is also full of bugs. I encountered several experience-ruining glitches while playing, one of which caused me to take a break from the game for a few days. The audio wouldn’t play during one of the most important moments in the game, and I never got to hear it for myself. Sometimes enemies get stuck in a wall, making it impossible to complete a mission. Some of the checkpoints aren’t very forgiving either; for a game like this, they should be more lenient. I played the story on Hard because I felt like I could handle it. Boy, was that rough. The grind to not get killed instantly was insane. You have to loot enemies to get gear just to keep up with the story.

Besides the story, the only thing the game really has going for it is beating bad guys up with Captain America’s Shield with your friends. To me, the story shouldn’t be like the online mode and focus on gear to level up. Speaking of online, that has been a lot of fun, but don’t expect to play with randoms like on Call of Duty. You can either play solo with a team of three robots, or replace one with your friends for an amazing experience. I have played online a lot longer than the 10-hour story, and I can confidently say that the online portion of the game is its strong suit. There is no way of talking about the story without spoiling it, so take my word that this is one of the best video game stories that you have played that feature The Avengers. Still, while that may sound cool, keep in mind that they only had to beat a few Lego games and 2D fighters.

I recommend this game to anyone who is a fan of the movies and want to see more of their favorite characters and play as them.