One Queen to Rule Them All 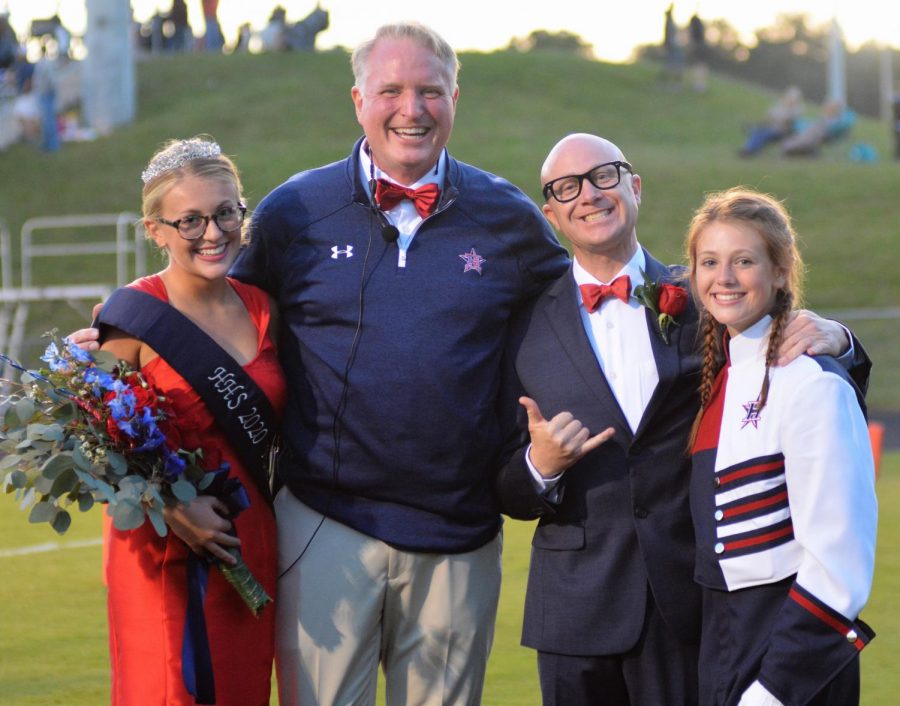 With so many things up in the air this year, many Generals at Heritage High School were worried about whether or not they would be able to participate in the annual Homecoming traditions. One of these traditions was, of course, electing the Homecoming Queen. However, when the week arrived, the SGA and student body showed up and made the best of every opportunity they were presented. For one student, this would lead to a completely unexpected Homecoming experience. When the time came and all the votes had been counted, one of the girls who was selected to represent Heritage on the Homecoming Court, Edy Atwell, got to experience what royalty felt like.

“Whenever they announced who won, I don’t think that I actually processed what was going on. My parents realized it before I did. I was kind of in shock, but afterwards I was really excited!” Edy Atwell exclaimed.

This year the student body voted Edy to represent Heritage as their Homecoming Queen. Students may know her through band or through many of the other groups she is involved with. Edy has become involved in many things at Heritage over the past four years. This year she is a mellophone section leader in the band, as well as a member of the SGA, Beta Club, and NEHS. Edy enjoys spending time with her friends and being involved in so many different activities.

When recalling the beginning of the whole process, Edy often repeated herself, expressing numerous times how surprised and thankful she was to be nominated.

“I was really surprised! I didn’t necessarily think that out of all of the girls in our grade, I would be selected to be on the homecoming court. I know a lot of people say this but now I know how it feels!” Edy explained.

Throughout the whole experience, Edy created many memories she will not forget. She talked about how much she loved the cart she rode during the parade. Her favorite part was how it had real flowers, which made the cart smell “amazing.” She got to have fun with Mr. Wynn as her driver at the pep rally and laughed at all the funny comments he made. After she had been declared the winner, she went on to have an evening full of fun and craziness. She remembers trying and then stopping the dance to “Land of 1000 Dances” when the band performed their show. She also got to spend time with friends and family who all showed up to support her. She found this extremely special and will never forget all the kindness and support that was shown to her.

When the night was over, Edy found that the time she spent with the other candidates was her favorite part of the whole experience. She got to spend time with them figuring out what to do, decorating, being nervous, and just enjoying the fun things that come along with being a candidate.

“The most memorable part of the experience was getting to know all of the amazing girls on the court better. Before, I wasn’t really friends with all of them, but we became closer throughout the process. I really enjoyed decorating our carts together, dressing up, and taking all of the pictures,” Edy said.

So as another year goes by, the Generals have picked their Queen and continue to try to make the best of everything they can. As the school prepares to open back up to four days a week, who knows what we may see. For students like Edy, this year may look different, but it does not mean it looks bad in the end.