Another Home Run of a Season 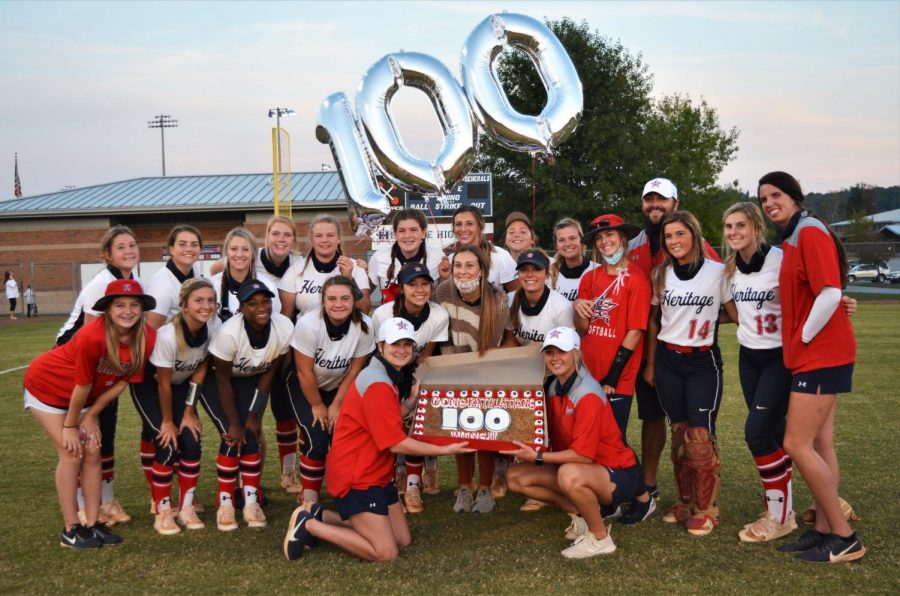 The 2020 softball season was a huge success for our Lady Generals with an overall record of 33-7. Most notably, though, the team brought home a AAAA State Championship trophy for the third year in a row! The season began with a series of non-region wins against local rivals Ringgold (19-10, 11-6) and LFO (5-3), as well as against Lafayette (8-0) and Mill Creek (2-1). After a loss against Buford at a tournament (11-6), the Lady Generals began a remarkable winning streak, beating Southeast Whitfield, Cedartown, and Northwest Whitfield in nine consecutive matches. Following a couple losses to Woodland, Tattnall Square Academy, and Cass at another tournament, the team continued their streak, besting Pickens, Central, and Ridgeland, securing a spot in the State Playoffs. In the first match-up, playing against Mays, the Lady Generals scored 12 points in the first inning, and they continued to shine throughout the game by making sure Mays didn’t get a single point. The playoffs continued with the Lady Generals beating Jefferson, Bainbridge, and West Laurens. The season culminated in The Lady Generals’ final game against Central Carroll, whom they beat 4-0, securing their third State Championship in a row. Reflecting on this historic season, Coach Moore said, “What impressed me the most is how every member of our team stuck together and fought until the end. There were countless moments of adversity during this season, and every single one of our ladies responded in a positive way and that directly reflects their amazing character and talents.” Coach Moore identified seniors Carmen Gayler, Rachel Gibson, and Bailey Christol as some of the most notable players this season, recognizing each as a key component of the team’s success. These seniors have left their mark on Heritage athletic history but have ensured that the players coming in their wake will uphold the softball team’s stellar legacy.