Running Down A Dream 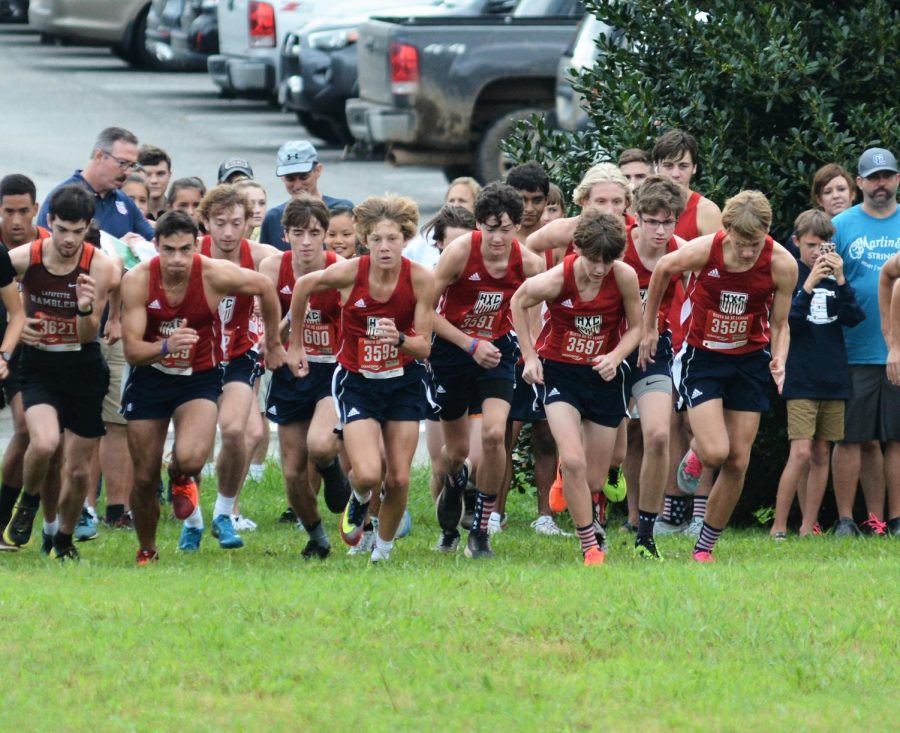 Heritage High School has been very lucky this year when it comes to athletic talent, motivation, and just good overall spirit. This season the cross country team has had to overcome a lot of things physically and mentally as they try to prepare to go to the GHSA AAAA State Championship.

This year, most of the kids that run cross country didn’t really think they would have a season this year. Because of this, when they learned that they could compete they put a lot of work in to get in the best shape possible. Many things go into this such as building mileage, track workouts, hill workouts, and time spent in the weightroom. Regular season races could also be considered part of this training as they try to improve their times for the regional and state competitions at the end of the year.

One thing that is very important to the development of cross country is motivation. Motivation can be what pushes a kid to their limits, but it can also show how far they are willing to go in order to win. Sometimes you have to give these people a reason other than winning to want to run because they aren’t always going to be the fastest one out there. Showing off what they did well and rewarding good behavior can be crucial in how a runner portrays confidence in themselves and makes them want to improve even more.

“The region championship was, by far, the highlight of our racing season so far,” says the coach, Jeremy Wynne. The team ran well together and pulled through knowing that they had to kick it into gear if they wanted to do well. Both the boys and girls competed to the best of their ability and students, Gavin Chandler and Allison Craft, finished in second place in regionals. This is proving how much they have worked since the beginning of the season

This year the team chose the theme, “overcome.” This was a way to show that this year has been overwhelmingly emotional and stressful, but Coach Wynne is proud of how his team has worked through it. This year they have worked hard everyday with good sportsmanship and attitudes and show a new sense of thankfulness for being able to compete. They have proved that they want to be there and that they want to go as far as they can. He is incredibly thankful to be coaching this group of kids.

Coach Wynne has a new way of measuring success this year that nobody has ever truly looked at in the past. He has chosen to look at not just the amount of trophies that the kids may win in meets, but also at the way they have improved their lives. He wants every kid on the team to biome better not just at running, but also in the aspects of working hard, working together, and working to manage their emotions. When you play a sport for whatever team, you’ll probably learn something new about yourself that you didn’t know before. This could be about teamwork or a list of other possibilities.

The season so far has been a success. Out of all of the teams in our region, we had been chosen as one of the four that get to compete. In order to prepare, our athletes had to get ready mentally and rest up so they could blow the other teams out of the water at state. They need to keep themselves healthy in order to do their best in the upcoming competition.

Congratulations to our Heritage High cross country team. You’ve put in a lot of time so to get to where you are and will have to put in more, but because of your attitudes and love for the sport I’m sure you’ll work your hardest. Be strong, be motivated, but most importantly try your best. We are proud of every single one of you for qualifying and I hope you get even farther next year!