An honest review on "Wonder Woman 84." 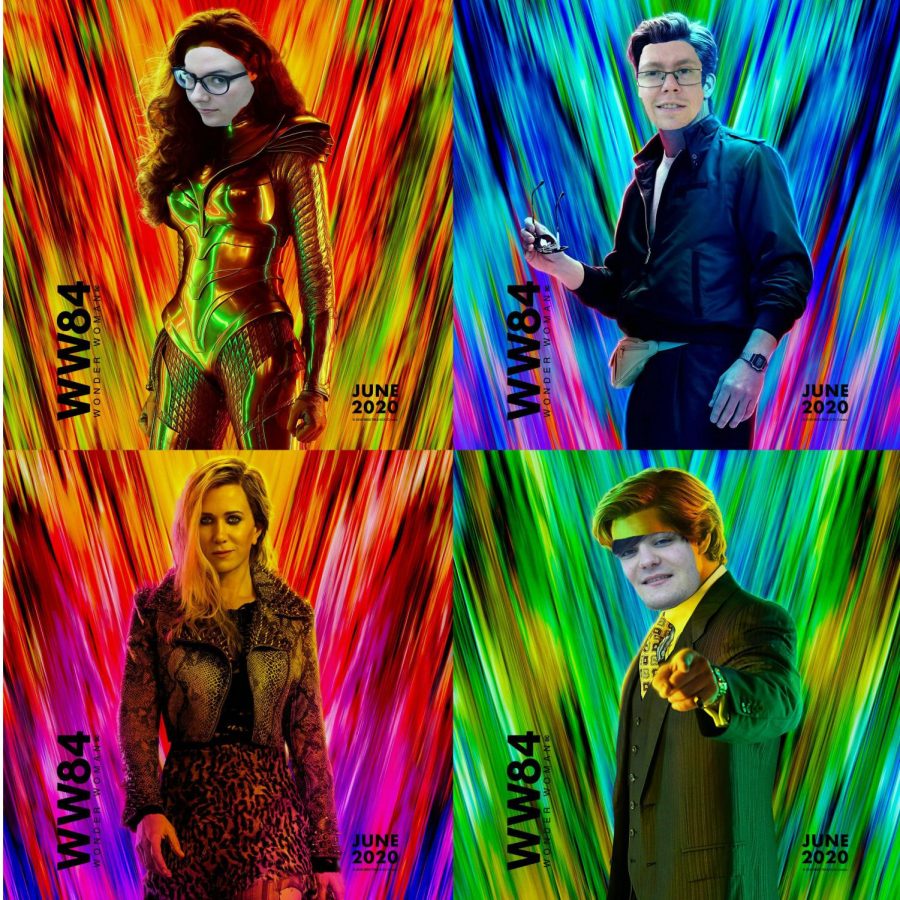 I’m sorry, but what was that?

Anyone who watched the new “Wonder Woman 1984” movie knows exactly what I’m talking about. The whole movie was so hyped up, and I will admit I was extremely hyped for it as well. It looked super good! A DC movie about the 80’s sounded too good to be true—and it was. There’s maybe three or four songs that they used from the era, which was disappointing, given how the first film used music so eloquently that any time I hear that Wonder Woman guitar track, I get chills. Now I just get sad and start thinking about when “Black Adam” comes out.

I would like to admit I’m one of the biggest fans of DC so I’m going to be brutally honest about this. Pedro Pascal played the main villain, who was excellently written and stayed very true to the comics. The dynamic between him and his son kept the movie interesting and everyone on the edge of their seats. You watch as this man will do anything for power, then he looks at the world and he knows what he has caused, and you see his humanity kick in. Pascal is an amazing actor and the best choice to play Maxwell Lord.

Let’s talk about Cheetah. She was in this movie. That’s about it!  She had no character depth at all; she was just used for trailer fights so Diana had to muscle up and beat the big bad villain. She honestly didn’t need to be in the movie at all. I wish they would have focused more on Maxwell Lord who was more interesting and had much more depth. Also the whole film is two-and-a-half hours! Two hours and 35 minutes! The story can be summed up in 15 minutes, and it should have been only an hour and thirty minutes, to be honest. The whole opening hour or so could have been cut. For instance, the opening scene had no effect on the story afterwards. That scene shows young Diana competing in a race. She falls off her horse and then somehow cheats and cuts off a path. As the scene continues—it’s 20 minutes by the way—they find out she cheated and right before she throws her spear to win the race, her mentor pulls her away and yells, “No! No cheating! Be honest.” Then it’s never mentioned again. Patty Jenkins is almost worse than Zack Snyder, director of other DC movies like Batman Vs. Superman and producer of this movie, whose cinematography style shines throughout the film.

Chris Pine came back to revise his role as Steve Trevor, and wow, you can really tell that he carried this movie. He was the only part I laughed at. Most jokes anyone else made were just lame. No one else really laughed, but when Chris Pine made a joke, the whole theater I was in (5 people, including me and my friend) burst out laughing. I would talk about the theater and how it was a cool experience, but it wasn’t at all. It’s still overpriced and lame.

All in all, “Wonder Woman 1984” was a decent movie, just not the best sequel or the sequel I wanted. Us DC fans still have an eventful year ahead of us as “Suicide Squad 2,” “Black Adam,” and “The Batman” are all slated for 2021 releases. That should help everyone cope after seeing this abomination of a DC movie. I have always been hot and cold with DC movies, yet they froze with this one.