A Valiant Introduction to Valorant 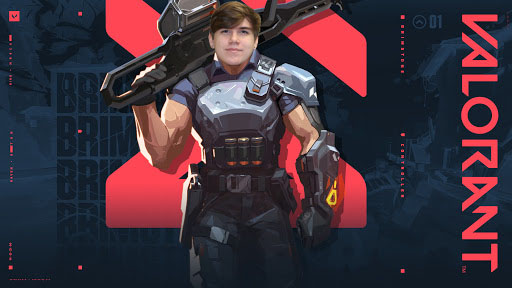 While all of this hype for “Among Us” was going on, another game was making it’s climb to success.

“Valorant” is one of the newest FPS games to come to PC. Created by the brilliant minds who brought us LOL (“League of Legends”) in 2009, “Valorant” is a tactical game that requires insight on how certain characters (Agents) work, along with teamwork and hitting your shots.

If you are familiar with the FPS game CSGO, you already know half of this game. Like CSGO, “Valorant” is a search-and-destroy game. There are two teams of five, each consisting of their own specific agents.

One side is the attacker side. Their job is to make their way to a bomb site, plant the bomb and protect it from the other team defusing it. The attackers can win two different ways. They can either plant the bomb and have it explode, or they can wipe out the enemy team. In order to secure the dub, the team must work together on pushing or drawing out defenders into traps. They have many resources at their disposal to make this easier for them.

Now to talk about those agents I have been referring to. There are currently 14 agents in the game, but RIOT plans to add many more.

Jett – Jett has three smoke bombs,  two dashes, can glide, updraft and her ultimate ability brings out six knives that are a one shot to head and 50 to body.

Breach – Breach has three flash grenades, aftershock which is like a molotov, and has a stun grenade. His ultimate ability sets off a chain of stuns that stretches throughout an entire bomb site.

Brimstone – Brimstone has three smoke grenades. He has two stim packs that speed up his rate of fire, and can affect teammates too. Has a molotov. His ultimate ability creates a beacon of fire that shoots down from the heavens and kills anyone standing in it.

Viper – Viper has two molotovs and one smoke grenade that can detonate twice. She has a wall that can be placed down to slip past enemies without being detected. Her ultimate ability releases a smoke grenade that only she can see in, which covers an entire bomb site.

Cypher – Cypher has two smoke grenades and can place traps behind him to catch somebody flanking. He also has a disposable camera he can shoot onto a wall to gain info. His ultimate ability shows him where the enemies are on his map.

Reyna – Reyna has two flash grenades. If she gets a kill, the dead body releases an orb she can use to heal herself. Her ultimate ability sends her into a phantom form that increases her shot speed.

Raze – Raze has one grenade. Has c4 she can use to damage enemies. She has a robot she can send out to distract enemies and if the robot gets close enough to them, it will explode and do a heavy amount of damage. Her ultimate ability allows her to equip a rocket launcher that is an insta-kill on anybody in it’s blast range.

Phoenix – Phoenix has two flash grenades. Has a molotov that heals him and damages enemies. Can throw up a wall of fire to get past enemy choke points. His ultimate ability allows him to leave his body and play super aggressive. If he dies in his ultimate form, he respawns where it was equipped.

Killjoy – Killjoy has two molotovs and an alarm bot to catch flanks. She has a turret that shoots at enemies and distracts them. Her ultimate ability allows her to place a spike that detains any enemy within its range from shooting.

Sova – Sova has a bow that shoots special arrows. One arrow can track enemies and let him know where they are hiding. He has two shock arrows that deal 50 damage each along with a recon drone that can pinpoint where enemies are hiding. His ultimate brings out his bow which shoots beams of light through any wall or surface that do 80 damage each and mark where enemies are on the map.

Skye – Skye has three flashes. She can also heal her teammates if they are standing near her. She has a recon unit in the form of a dog. Her ultimate ability releases three recon’s that lock onto enemies and flash them when they hit.

Sage – Sage is the main healer of the bunch. She can heal any teammate to full health, but only gets one health pack. If she waits 40 seconds after using the first health pack, she gets another one. Sage has a wall she can put down to block enemy choke points. Her wall has the most health of anything in the game. She can throw molotovs that don’t do damage, but slow down enemies. Her ultimate gives her the ability to resurrect a fallen teammate.

Yoru – Yoru is the newest character to “Valorant.” He has two CSGO type flashes. He can create fake footsteps to distract an enemy. He can shoot out an orb that travels in a straight line across the map to which he can teleport to. His ultimate ability allows him to go invisible and makes him invulnerable to damage. This is used mainly to get behind enemies and surprise attack them.

Omen – Omen has one flash grenade. His flash is the biggest in the game and can cover an entire choke point. He has two smoke grenades which can recharge one by one. He has a teleport ability to get behind enemies, but he can only teleport to where he can see. Omen’s ultimate ability allows him to teleport to any spot on the map whether it be one of the bomb sites, or even to the enemy teams spawn.

“Valorant” is one of the most innovative games to come out in 2020, and I can’t wait to see where RIOT Games takes it. If you want to learn more about “Valorant” and how to play it, visit the “Valorant” Twitter or RIOT Games website.