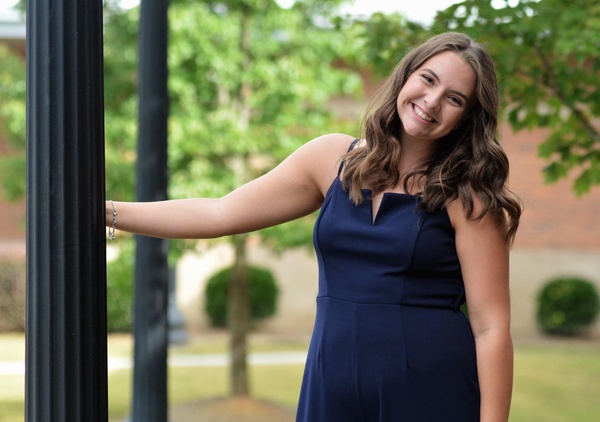 ¨My name is Emily Caroline Vaughn. Emily is one of those names that my parents like, and my last name is self explanatory, but my middle name is passed down from two generations. My grandma’s name is Carol Jean, and my mom’s name is Jeanna Carol, and here I am: Emily Caroline. It means a lot to me to have a tie other than blood to my family; it gives me a stronger sense of belonging.¨ 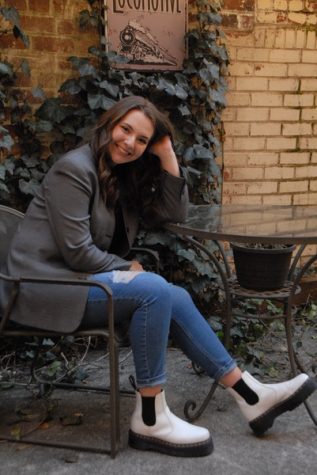 Meet Emily Vaughn. I sat down with her to ask some questions and get to know her a little better.

“My favorite thing about myself is actually the thing I hate the most about myself,¨ she told me. You don’t hear many people admitting stuff like this. I asked Emily these questions and asked her to describe herself. ¨I can be too caring sometimes: I will reach out to a friend and offer to help if they are going through something even if I don’t get the same in return. I may get some back but not as much as I’m putting in,” she said.

I then asked her what some of her virtues were, a few characteristics about herself that she likes. ¨Let’s start with ambitious. My dad was the first person in his family to go to college. He paid his way without HOPE and other scholarships,” she said. “He’s built all of those things for me, and I’m not about to just not care. I put forth all of my best efforts.¨ She does this, she says, because she wants to make her parents proud of her.

I asked her who she looked up to, expecting her to name her dad, but she took a different approach. ¨Eva Cosby, Mrs. Cosby’s daughter is someone I look up to,” she answered. “She is like a mentor [for me]. We go to the same church, and she’s always been right by my side no matter what. I think I want to be that person. The only thing is I feel like I’m not enough, like I need to keep on getting better.¨ I asked her what Eva had done for her, and she answered, “She’s always pushed me, she always gives hugs when you need it, and she’s always noticed when I’m feeling down.¨

I asked her if she saw the glass half full or half empty, if she sees the good or the bad in the world or both. ¨I say half empty,” she answered. “I feel like if you’re always optimistic about something you don’t try as hard to make it better. If you’re always optimistic, you’re not seeing the reality of any situation. When I go to auditions, I’m always setting myself up for failure if I don’t do well and don’t expect myself to do well. If I perform well, then I’m like ‘Wow, I actually did something,’ and it’s just an abundance of relief.¨ Emily sees the reality of the world, and that’s a great feature to have, because the world is harsh and you can’t just cover it up all the time. ¨So, overall, I see the glass half empty so that when things do get better or go well, it’s like a big jump in attitude. I’m saying that when something good happens it seems even better. I’m a pessimistic person but in a good way.¨

Everybody has their weaknesses though, of course. Asked about hers, Emily responded, ¨I care too much. I know it sounds weird. Because I always want people to be happy, I put my all into helping others and wearing my heart on my sleeve. I know it makes me sound super charismatic, but it’s tragic because it allows people to walk all over me sometimes.”

Motivation comes in different forms for people. It can be another person or an object.  For Emily, her motivation comes ¨from whoever I’m competing with,” she said. “I know everything isn’t a competition, but when people do or say something, it pushes me to do it even better. That’s where my motivation comes from.¨

A person’s reputation isn’t everything, but it’s a lot to a person. It follows you everywhere, and that’s what people use to see what kind of person you are. I asked her how she wanted the people of the world today to see her. “I don’t really like the idea of getting attention, but I want the world to see me as someone who works hard and puts her heart into everything she does. I want to be seen as someone who genuinely cares about her life and helping others around her,” she said.

Finally, I asked Emily what she likes. ¨I love music and helping people with music,” she responded. “I like playing an instrument [French Horn] and singing. It all brings me joy; music is my escape. It never fails to put a smile on my face.¨ This is evident in Emily’s investment in the marching band program here at Heritage, in which she has served as a drum major for two years now. ¨My first time marching on a real field was the scariest and most exhilarating thing I’ve ever done,” she said. “We had been practicing for months for the moment, and I remember being so scared because I had never done it before. I was so nervous; however, as soon as I marched onto that field and the crowd silenced, I never felt more alive. I came alive in the music. It may not have been a perfect performance, but it’s something that I’ll never forget.¨