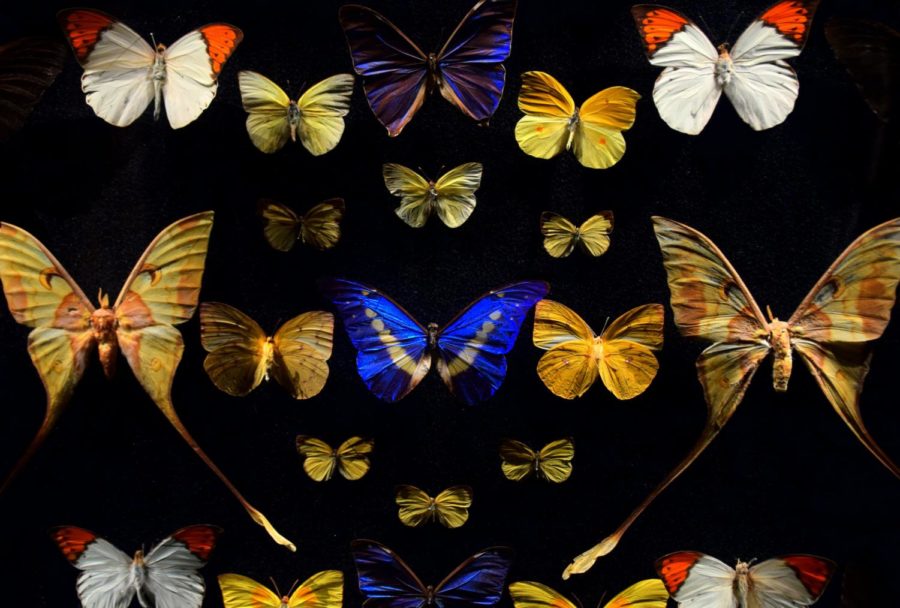 Photo by Meg Jerrard on Unsplash

An article about moths being posted in the school news is not a common occurrence. In fact, it’s never happened before, and you might be asking yourself,”Why is there not a single article about moths posted in the school news?” The honest answer is not surprising. People in the Journalism staff are just scared when it comes down to it. They are afraid to tackle the monolith that is the crazy world of Moths.

Moths are not at all uncommon; most people have seen a moth at least once in their lives. Most moths are nocturnal, meaning they only come out at night. If you’ve ever been outside late at night, you might have seen a moth or two flying around a light source. Moths and butterflies are in the same group of insects called the Lepidoptera. Many people think of the moth as the butterfly’s uglier cousin, and that’s just not true. Moth species have many different unique colors and sizes. In fact, there are approximately 160,000 species of moths, and some of those have yet to be documented.  Some especially cool moth species are the Luna Moth, the Io Moth, and the Rosy Maple Moth. Moths are very important to other species of wildlife. Moth caterpillars are an extremely important food source for birds and night-flying moths are an important food source for bats. Moths and caterpillars are important throughout many ecosystems. Sadly, moth numbers are falling, and many species are threatened with extinction. Many moths that were common in gardens ten or twenty years ago are only seen about once per year now. The big threats to moth populations are intensive farming, forestry, the spread of towns,cities, roads and chemical sprays.  These threats are very dangerous to moths but the good news is that moths can recover quickly if we can improve their environment.

So moths are very important in our ecosystem, but what about pop culture? Moths have influenced many different media. For example, in West Virginia there is an urban legend that a large humanoid moth creature was sighted in the 60’s. Couples would reportedly see this creature flying around while they were in their cars. The Moth Man had huge red eyes and was completely shrouded in black. The town of Point Pleasant even made a whole museum around the urban legend. In DC comics, Batman fights the comically mediocre Killer Moth, who was introduced in the 50’s. Killer Moth, when first introduced, mirrored Batman in many ways with his own Mothmobile and Moth-signal. Killer Moth also was responsible for getting Bat-Girl into crime-fighting, and he even turned into a monster in the 90’s known as Charaxes. More recently, in the popular video game “Fortnite,” moths have inspired the skin,”Mothmando.” In conclusion, moths are the cultural and environmental juggernauts of the world, and we as people must get used to that.