A Sequel That Doesn’t Have 2 in the Title 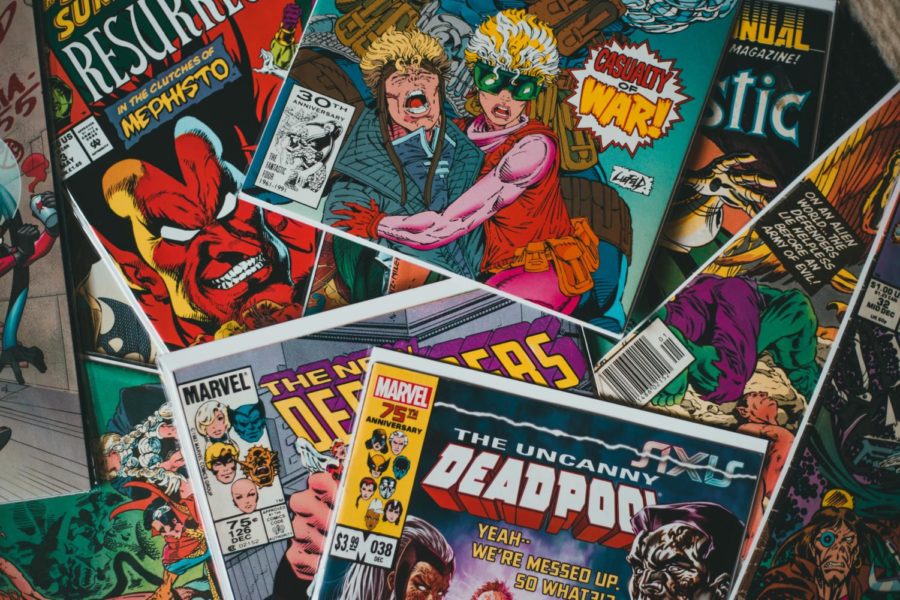 Photo by Erik Mclean on Unsplash

To start, I wanted to go to the theater to see this movie to get a more honest viewing of the movie. In my opinion, seeing the movie in a theater is the most pure way to see a movie; it’s how it’s meant to be seen. That said, I had to watch it at my house with HBO Max. (Thanks dad for letting me use your account.) DC somehow got James Gunn, best known for his work on Marvel’s “Guardians Of The Galaxy” franchise, to direct this movie. He stood out because with “Guardians” he made a group of characters nobody really knew or liked loveable, something he also did really well with this movie. As most of you know, the DCEU is not in the best shape: despite fans finally receiving the long-awaited “Snyder Cut” of the Justice League film, fans are now waiting for the “Ayer Cut” of “Suicide Squad.” Most directors have a cut of their own movie in their original vision, but Warner Brothers seems to have a weird habit of asking directors to be creative and then changing the final product to what they think will work instead of the writers and directors. This movie somehow takes place after the first “Suicide Squad” since there’s some banter at the start about how some of the characters have been on missions together. They reference Superman a lot, but I’m not even sure who is the next or current Superman. It’s all a mess, to be honest, and as a DC fanboy, it’s a little annoying they can’t get it together.

Yet after watching this movie I realized: James Gunn is a genius and master filmmaker. The characters were all loveable with John Cena as Peace Maker carrying the comedy, Sylvester Stallone playing King Shark being the stand-out character, and of course Pete Davidsons’ Black Guard being a skilled mercenary who’s actually an idiot, which causes tons of laughs. Another notable Suicide Squader that really stood out were Polka Dot Man (David Dastmalchian), who was actually cool; James Gunn made him a very interesting character, and the scenes where they show him as weird and crazy guy who gets blemishes all over his face, until he releases the destructive blast of Polka Dots that deal serious damage. Daniela Melchior who played Ratcatcher 2 was amazing and a welcom addition to the big screen as an actress. I was genuinely impressed by her skill as an actress; she had moments of being sleepy and human. I felt like if she was a real person that’s how the Ratcatcher 2 would act. Idris Elba played BloodSport, who was just Deadshot from the first movie but with a little more humour and personality. Of course, Margot Robbie came back as Harley Quinn. I am getting tired of seeing Harley Quinn in movies, but it’s okay for now. The funniest scenes in the movie were BloodSport and PeaceMaker trying to one up each other, whether that be in taking out enemies or just talking about the missions and their skills. This movie shows that James Gunn can get the most obscure characters from any franchise and turn them into lovable characters, the main example that everyone knows being the Guardians of the Galaxy. Most people before their first film would have no idea who the main characters are (Star Lord, Groot, Rocket Racoon, Drax and Gamora), but he made them extremely well known and liked, and I really love his mind for doing that.

I do think that the movie didn’t really show the Suicide Squad as villains at all. In the first movie, the characters looted and stole from abandoned malls, and it showed their true colors, and it was pretty funny seeing villains be villains. The main villain in the movie, Starro, is rooted deep in the comics: Superman couldn’t defeat him yet in the movie they defeat him rather quickly. I think it’s really funny how it happens. I think this Suicide Squad has had the funniest, craziest, and best cast of characters. The plot made actual sense with very few plot holes. One such plot hole is how Harley survived most of the movie. There’s a scene where she is captured and tortured and yet has the energy to escape while taking out all the guards during a very well-choreographed fight scene and then fight Starro! Even with her powers she got from the goo in the first movie, she can take more hits and be able to have extreme agility. Basically, she should have died a lot sooner but can’t because she’s “iconic.” The action scenes were perfect, and it out-performed the original Suicide Squad because that one took 50 minutes to get to the main movie, but this one jumped you right into the action. The characters knew the drill and how the Suicide Program works;  they do a small introduction rather an extremely lengthy introduction to the program and the characters, as in the first one. Gunn’s Suicide Squad takes the small intro and throws the characters into a gun fight immediately, and it’s an amazing scene. I can’t wait to see what James Gunn does for DC and the rest of his career.