The Journalism staff were instructed to name two or three songs they've been listening to lately or that best sum up the Fall season for them, and discuss why they like the songs. 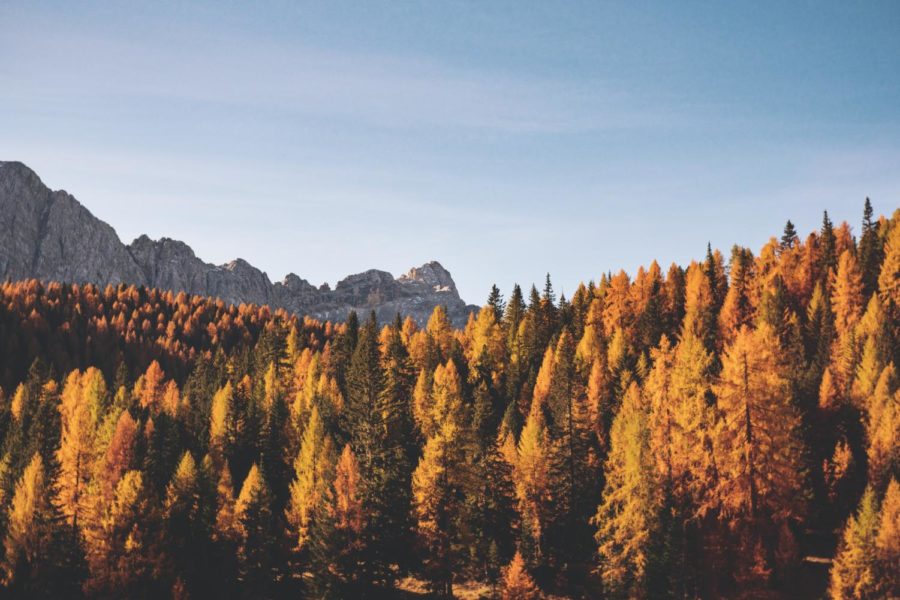 Photo by Federica Galli on Unsplash

Recently I have been listening to music that makes me think of fall. Like “Dorothea” by Taylor Swift and “We’re Going to be Friends” by the White Stripes. The music and lyrics remind me of walking through fallen leaves and wearing a sweater. Honestly, Taylor Swift’s whole “Evermore” album makes me think of fall. I’ve had it on repeat for a while. Another honorable mention is probably “Love and War in your Twenties” by Jordy Searcy. It’s a song I stumbled across while going through Spotify. It’s upbeat music and catchy chorus make it a perfect addition to my fall playlist. Altogether these songs are pretty chill for the most part, so they are perfect for reading, studying, or just hanging out.

Recently I have been listening to  “August” by Taylor Swift. It just gives very calm and fall/summer vibes. I’ve been listening to a lot of songs by her. Some other songs are “Love Me or Leave Me” by Little Mix. That is a good song to listen to, but it doesn’t relate to autumn in any way. It’s more about heartbreak; that’s what most of the songs I listen to are related to.  “What He Didn’t Do” by Carly Pearce is another good one that I could listen to on repeat in the car ’till someone says to stop playing it.

Gunner Bryson:
I’ve been listening to “Watching the Wheels” by John Lennon, “Paperback Writer” by The Beatles, and “Mrs. Robinson” by Simon & Garfunkel this Autumn. I like these songs because they are pretty fun to listen to. I love to listen to “Mrs. Robinson” while I’m driving around Ringgold. “Paperback Writer” is a great song to listen to while I’m working on a school project. I think I like “Watching the Wheel” because it’s pretty catchy, as well as all the other songs on my list. Of course, I like other songs that aren’t on this list but this is just what I chose to list on this Journalism Class Playlist.

Lately I’ve been listening to a variety of different songs that I have found on TikTok. Some of these songs include “Lisztomania” by Phoenix, “Lake Shore Drive” by Aliotta Jeremiah, and “Help!” By the Beatles. I have been listening to these songs because they have a nice, calm vibe that reminds me of fall. I have also been listening to a couple of songs by Rex Orange County because their songs have a real calm sound to them most of the time, and I really enjoy their beats. I don’t normally pick an artist and focus on their music; I normally listen to whatever sounds good on TikTok, or I’ll just turn on the radio. I specifically enjoy the radio station 98.1 “The Lake,” because it plays a wide variety of music.

I wouldn’t say I’m much of a music person. I tend to just find a specific artist or a couple of songs by various artists. Recently, I’ve found myself listening to Adele. Ever since she released “Easy On Me”, and given that her new album “30” would be coming out this month, I set out to listen to her to make up for lost time. While I am a fan of her new song, I found myself really enjoying her album, “25,” with a few of my favorites being “Love in the Dark,” “All I Ask,” and “When We Were Young.”  When it comes to individual songs and artists, I’ve really been enjoying “Hallucinogenics” by Matt Maeson. In fact, I listened to this song twice in the span of my 20-minute car ride this morning. I was introduced to this song by my friend Kortney, and I’ve loved it ever since! I usually only listen to music when I’m in the car, and right now those are my go-tos!

As I’ve grown, I have slowly grown away from traditional playlists and actually like listening to albums. So far this Autumn, it’s been a Men I Trust month. Mainly the “Forever Live Sessions” album which really rocks. The main highlights from this album that I would include would be “Show Me How (Garage Session)”, “Numb (Garage Session),  and “I Hope To Be Around (Live).” I also have been listening to the “No Dogs Allowed” album by Sidney Gish, which includes such highlights as “I Eat Salads Now,” “Where The Sidewalk Ends,” and “Mouth Log.”

Since I was in high school, I’ve tended to sort my music-listening by season. That is to say, I tend to gravitate towards certain genres, artists, and albums as the year moves through its various seasons. Spring, for instance, is the season for 90s indie rock institutions (e.g. Pavement, Built to Spill, Modest Mouse) and midwest emo (The Get Up Kids, Algernon Cadwallader, The World is a Beautiful Place & I am No Longer Afraid to Die), despite the contrast between the typical subject matter of the latter genre and the sunny disposition that tends to come with the season. (What draws these two genres together in my mind, what makes me feel compelled to listen to them from March to May, is just how many guitars there are.) Winter, meanwhile, has always been the domain of ambient and drone, music that expands and fills out the corners of my house, turning it (usually) into a welcoming, cozy soundscape. (Some artists off the top of my head: Gas, Abul Mogard, KMRU, Emily A. Sprague, M. Sage, The Necks, the more avant-garde releases of Jim O’Rourke).

All that said, Fall might be my favorite season. It has an earthiness to it, an air of returning back to basics, drawing me to dwell on that ultimate return to the basics that we all face. As such, most of the music I listen to from October to December is minimal, consisting at times only of a guitar, usually acoustic, and a voice. I listen to more folk music, yes, and, for some reason, more old favorites—albums and artists I was obsessed with in high school or college but now only put on every once in a while for a bout of nostalgia. (I am lucky in that I’m often just as impressed with the music as I was when I was younger.) So I’ve picked out a few favorites, old and new, for this playlist. I’ve recently been listening to Broken Social Scene’s indie rock classic, You Forgot It in People, after getting the notion a few weeks ago that I should finally check out their debut, a mostly instrumental album called Feel Good Lost. Both are great, but People is in a league of its own, and it’s a unique pleasure to return to it after some years away and discover it’s as good as I remembered it to be. I’ve had a similar experience lately with the band Land of Talk, whom I’ve been a fan of for about five years now. I was introduced to them, though, in high school, sitting in the very room I’m sitting in now, by a fellow Journalism student and a friend of mine to this day. Though the album I’ve spending the most time with these days has been their 2010 release, Cloak and Cipher, yet another album from a band I love that I’d just never gotten around to before, I’m including the song “It’s Okay” as a nod to my friend Kristina. It is one of the saddest and most beautiful songs I’ve ever heard, and I’m indebted to her for showing it to me.

Speaking of beautiful and sad, I’ve also added one of the new singles from the folk rock band Big Thief entitled “Little Things.” I feel like I never stop listening to Big Thief, to be honest: they’re my favorite band making music right now, and though I certainly have my phases with each of the four albums they’ve put out so far (not to mention lead singer and songwriter Adrianne Lenker’s several solo albums), a few of their songs are never far from my mind. Which brings me to my final contribution: Neko Case’s “Star Witness,” a stunning and stirring highlight from her masterpiece, Fox Confessor Brings the Flood. Similar to the Land of Talk situation above, “Star Witness” was my intro to Case, and as soon as I heard it, somewhere around freshman or sophomore year of college, I knew I’d found an all-time favorite song. Why do I always associate this song and this album with autumn? Case’s music definitely has its roots in country and folk music, albeit a form of the genre that’s been twisted into a thoroughly idiosyncratic vision, Perhaps it’s the auburn color scheme of the cover, which beguiled me from the CD rack years before I ever listened to it. Maybe it’s just the way Case’s voice pierces me, just as the sight of turning leaves does. Maybe it will have the same effect on you.